Designers in the world of science

Read more about the partnership with the Municipality of Amsterdam

The updated version 1.1 of the Energy Landscapes reader for student is now online

Sven Stremke has been appointed Professor of Landscape Architecture at the Academy of Architecture and leads the research group ‘High-Density Energy Landscapes’. He has been appointed for a period of four years. His research focuses on the development of sustainable energy landscapes with special attention for the roles of design and the designer in relation to energy transition. Sven is assisted by two fellows: PhD researcher Dirk Oudes and postdoc researcher Paolo Picchi.

High-Density Energy Landscapes
Renewable energy is not a new land use: humans have relied on renewable energy sources for tens of thousands of years. Fossil fuels have only been utilized for a few centuries. During this short period, however, the world has grown accustomed to an unprecedented consumption of energy. In light of climate change, there is general consensus that energy consumption should be reduced and alternative energy sources explored – in pursuit of sustainable energy transition. Because the energy density of solar and wind energy and biomass is lower than that of fossil fuel, much larger areas must be allotted to energy generation. The spatial challenge of energy transition is to reintroduce renewable energy into the living environment that people have become attached to, value, and want to preserve – all in the context of an ever-increasing world population, urbanisation, resource scarcity and climate change.

The appearance and spatial organisation of our future urban and rural landscape will be greatly influenced by the generation, transport and storage of renewable energy. Designers, planners and engineers play an important role in the reintegration of renewable energy in our living environment in a socially fair, environmentally friendly and economically feasible way. There exists little knowledge on how to design for energy transition in more urban environments, for example making use of abandoned or temporarily available urban fabric, existing public space and (green) infrastructure.

The research group will therefore focus on higher-density energy landscapes, landscapes with more than 1,000 inhabitants/km2 that can be found in the Netherlands and many other urban deltas of the world. Within these densely populated and contested landscapes, the research group will study the (potential) role of environmental designers in the transition to a more sustainable and low-carbon future. Through this research, we aim to reveal the (potential) contribution of landscape architects, urban planners and architects in the planning and design of higher density energy landscapes in the Netherlands and abroad.

Sven Stremke is Professor of Landscape Architecture at the Amsterdam Academy of Architecture, Associate Professor of Landscape Architecture at Wageningen University, Principal Investigator at the Amsterdam Institute for Advanced Metropolitan Solutions (AMS) and founding director of the NRGlab, a research laboratory on energy transition. Sven worked in Germany, the United States, Spain and The Netherlands before returning to academia. His research and teaching focuses on the relationships between renewable energy and the living environment. Sven has published about 20 scientific papers and a large number of book chapters on the planning and design of energy transition. Together with Andy van den Dobbelsteen, he edited the Sustainable Energy Landscapes: Designing, Planning and Development book published in 2013 by Taylor & Francis.

Dirk Oudes is a landscape architect, PhD researcher at the Amsterdam Academy of Architecture and Wageningen University, as well as associate of the NRGlab – a research laboratory on energy transition. His research focuses on large-scale transformation of the landscape for energy transition and the potential role of design in this transition. He collaborates, among others, with leading design offices in The Netherlands and contributed to the negotiations of the National Climate Agreement in 2018. Previously, he worked for multiple (design) offices on research through design projects concerning themes such as large-scale infrastructure, climate adaptation and energy transition. From 2012-2014 he participated in the Professional Experience Programme (PEP).

Paolo Picchi is a landscape architect and agronomist. In the last ten years, he has conducted both practice and research in landscape architecture and landscape ecology and he has actively participated in several projects as volunteer of the Italian Chapter of IFLA. His research focuses on the relationship between communities, landscape quality and sustainable energy transition with a specific focus on participatory and transdisciplinary research methods and ecosystem services. He is member of the NRGlab – a research laboratory on energy transition. At present he is project coordinator of METRO (Metropolitane EnergieTransitie en Ruimtelijke Ordening), a project in partnership with the Municipality of Amsterdam. 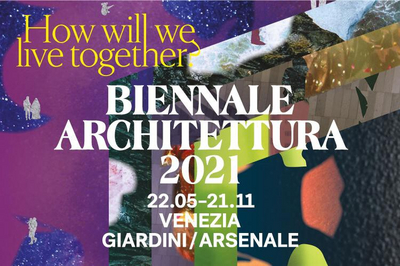 Sven Stremke gave an invited presentation at the 2021 Architecture Biennale in Venice. During this talk entitled ‘Imagining next generation energy landscapes’ he presented the findings of our research into the works of 10 young designers working on energy landscapes. Our essay, a co-production with Dirk Oudes and Paolo Picchi, was proceeded by a video pitch from one of the young designers. All contributions will be published in the coming days on the event website.

Pistoni, R., & Stremke, S. (2019) Practices in Transition. A Comparison of how Dutch and French landscape architects contribute to energy transition.


Designers in the world of science

Read more about the partnership with the Municipality of Amsterdam

The updated version 1.1 of the Energy Landscapes reader for student is now online