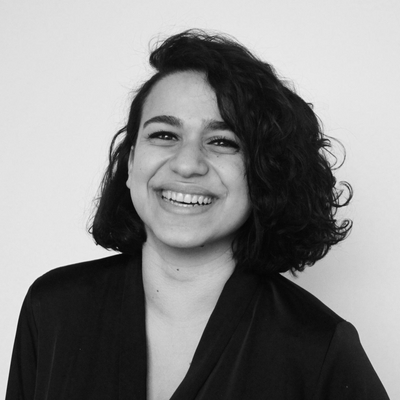 I was born and raised in Carrara, a little city in Tuscany, Italy, home to the most renowned marble in the world. As a significant part of the locals, my family is involved in the stone industry. Carrara marble, commonly called Bianco or Bianco Carrara - that translates into White - is known for its use in architecture, design, and sculptures, and it has been quarried nonstop for over 2200 years. Despite being so renowned, we are not aware of the whole process behind the industry that enabled Michelangelo to sculpt the famous David 500 years ago - and that enables us to have marble coasters in our homes today.

My project aims to tell this story, exposing the connection between the product - marble - and its resource - the quarry - through five architectural follies placed in strategic locations, symbolizing five crucial steps from mountains to shipping worldwide.

And I did it using one day's worth of marble. In fact, the average amount of marble extracted daily is 4000 m3 which roughly equals the total volume of five dutch row houses. I extracted this amount of marble from the quarries (Cave), I made four architectural follies out of this material, then I placed these follies in the other four strategic locations: Carrara, Avenza, Marina, and Mare.

These points are symbolic. Each of them talks about a different aspect of this story, a theme, and it is directly or metaphorically linked to the specific location. The mountain is carved out once again but for a different reason. This time the marble won't become - as would normally happen - a sculpture, some anonymous urban furniture, or powder for industrial purposes. This time the marble is telling its own story, in its own city, with its own rules.

Cave represents the environmental cost; it is made by creating a 4000 m3 void, a hole in the mountain, that connects the untouched natural side to the man-made quarried side.

Carrara's theme is geological cost; the goal is to show the different marble qualities with sight and touch by stacking the seven main marble qualities in a tower and highlighting the connection line on an eye-height platform with natural light.

Avenza represents transportation; the goal here is to emphasize the remains of Marmifera (the former private railway that has been used for 100 years exclusively to transport marble). The folly is a series of thirty-three arches alongside the above-mentioned railroad tracks.

Marina's theme is human cost; it aims to make you feel the discomfort of three main workers liked in the marble industry: the cavatore (quarryman) the tecchiaiolo (a quarryman whose task is to climb the cliff and test the resistance of the walls) and the portuale (dockworker). Mare represents the farewell, a staircase that transforms into a tribune conceived to reflect on the past, looking back to the process, on the future of the industry, and on the present time of marble back in nature.