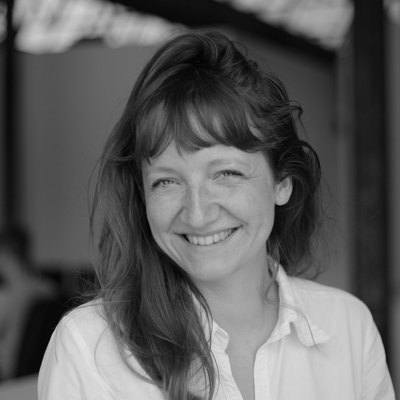 Over the past 30 years I have observed the slow disappearance of Strzyża stream from the landscape of my hometown Gdansk. I still remember her from my childhood, when together with my grandfather Leon we have been visiting Strzyza’s lush riparian forest. For us the forest around Strzyza was a collective home that provided shelter during hot summer days. Slowly, shopping malls and highways replaced the forest. Since the stream started disappearing right in front of our eyes, my grandfather’s favorite word simply became ‘Strzyza’. The name of the Stream got stuck in my head strong enough, so I have decided to find out why it has disappeared and how could I bring it back.

The government buried underground 2 kilometers of Strzyza, selling the grounds to diverse investors. In present days, some of Strzyza pieces belong to the commercial companies, some to privatized neighborhoods and the rest is still in the ownership of Gdansk’s municipality. As a result the river has no coherent planning and many of her pieces have uncontrollably disappeared underground. The consequences of burying her in the underground concrete pipes are catastrophic. The rainwater collected in the concrete canal of the creek has no place to go and floods reappear in the city. Invisible stream doesn't warn its citizens about the upcoming floods. Besides the dangerous floods, losing Strzyza led to losing our collective memories. During medieval times Monks inhabited the stream and thanks to its fast flowing current and native for this area Hoop (Humulus lupus) they have produced beer. Nowadays there are only few watermills left in a city, as a memory of once prospering stream’s habitats. Not only have we lost touch with the richness of the river landscapes, but we have come to the point, where we see our streams only while they flood.

Therefore, the goal of my graduation project is to restore the physical presence of buried underground Strzyza and as a result of that action to learn to coexist with a flooding creek. It is necessary to act now to minimize recurring floods. The floods will keep coming back, stronger every year. In the age of a climate crisis, bringing our lost rivers back to our lives is a necessity.  Their natural riparian landscape buffers and stores the rainwater. The curving water lines flow slower than the canalized ones.  My project is a first step into the long process of accepting the rivers chaotic nature.

I believe that the way to restore Strzyza is through various interventions: from engineered city investments on the grounds belonging to the municipality to simple community actions, which will take place on the areas owned by privatized neighborhoods. Diverse ownerships around the river make it impossible for one top-down plan. The existing conditions require choreographed and precise actions, instead of a fixed big scale design. At this moment, the only way to fight the consequences of Strzyza’s disappearance is by local collaborations between diverse owners. Only together will we be able to deal with the consequences of the lost river’s ecosystems. My role in bringing people and river together is by choreographing diverse processes and actions.

In a dense urban fabric, in a leftover and forgotten spaces, my approach was to design a collection of Strzyza’s gardens. In 7 community gardens, depending on the ownership, I have proposed diverse interventions. On the grounds belonging to the city, I have uncover small pieces of Strzyza from the underground pipes, making her visible and accessible to the public. On the grounds owned by the collective neighbourhoods, I have proposed a collection of resilient actions, so that people can become independent from the top-down technical solutions. On the private grounds, citizens of Gdansk can apply the knowledge learned and observed in the collective gardens, to realize they are in fact living in a flood zone of Strzyza stream. All of the designed interventions aim to improve the preparedness of citizens of Gdansk for living in a Strzyza stream’s unpredictable habitat.

Uncovering and re-naturalizing rivers should serve future generations who are going to deal with even more severe flooding. My project can serve as an example for other cities, which have to deal with similar issues. With time people will be able to slowly accept the streams they once turned away from. Planned reappearance will bring the stream back into consciousness of people living around it and new resilient actions will lead to ‘living with’ rather than experiencing loss.