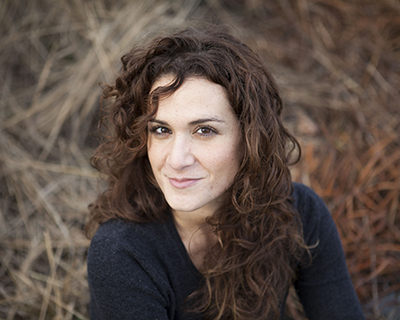 Water catchment design as a strategy to mitigate the desertification risks

Water casket addresses the problem of water management in the Salento region, a peninsula in the south-eastern part of Italy. Water management is an ever more important issue in the Mediterranean basin: due to the ongoing climate change rainfall has significantly reduced and concentrated in extreme events, which imply difficulties in water catchment and reuse. A wrong water management contributes in the long term to a growing risk of desertification, as many lands in the region are already experiencing.

Salento is one of these lands, in which increasing drought and land abandonment are tangible signs of the increasing desertification. Though, the region isn’t poor at all in water: it can count on a huge underground water reservoir which accumulated during centuries thanks to the geological conformation of the place. Salento is a karst raft lying on the sea bed, in which atmospheric water has always infiltrated through special sinkholes in the ground, mainly placed at the foot of low hills called serre. This reservoir, however, started being aggressed in the 1800s with wells withdrawals, which have grown uncontrolled in number in the latest decades, when the region has known an unprecedented urbanization due to massive touristic exploitation. At a time, however, no policy has been established to favor rain water infiltration in order to refill the reservoir. Water is rather collected and brought to the sea through an “artificial” canals network to clear out as soon as possible the flooding areas where it would stay a while before infiltrating completely.

Its population has a very special character: that of living their land in strong connection with the articulation of the seasons, which lead them to alternate between different places and landscapes – though very close to each other – according to the time of the year.

The challenge of this work is that of approaching such a multifold complexity with the instruments of the landscape design. Its primary goal is of course to produce a rationalization of the water management. This happens, however, through a reading process of the territory at the different scales, which represents a chance to make hidden qualities and structures of the landscape emerge. The study has resulted in a survey of the countless existing infiltration sinkholes, which are completely neglected in the landscape, and the criticalities of the areas around them, whose economic value and uses are now deeply affected by the flooding risk. The design proposes therefore to stop the water drainage to the sea and reactivate the sinkholes structures by connecting them with new landscape signs at the territorial scale. These actions identify some infiltration areas which are worked out in order to grant the necessary storage capacity in a limited amount of space.

This strategy generates immediately some consequences. The new signs, based on the neglected sinkholes layer which now emerges again, act as strong structuring elements in the fragmented land use patchwork. The presence of water makes possible the generation of new landscapes, which are based on the valorization of the local elements and integrate functions headed at strengthening the social community. The new hierarchy helps defining the functions of currently abandoned areas and addressing the development of the villages in a sustainable way.

Besides achieving such results this water catchment design strategy enhances a further layer in the landscape structure – that of seasonality. The alternating presence and absence of water generates in time different landscapes, each with its own seasonal vegetation, fauna and – what counts the most – atmosphere. A same place where to go under completely different conditions, for very different purposes. Finally, a place where Salento’s seasonal approach to life can mirror itself.