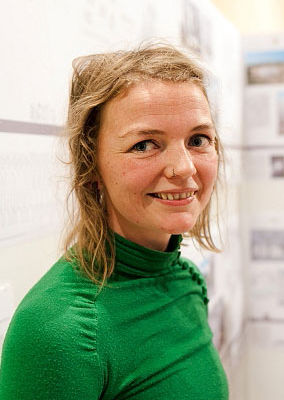 ‘A new stage for the performance of classical music’

Over two centuries ago the first concert halls were built to meet the demand for a specific concert space. The gatherings in these spaces for classical music gradually evolved from a mainly social event into a strict listening event. A listening experience which requires etiquette of silence and formality. This while social developments have been contrary, people have gained more freedom of choice and technology has made it possible to listen to a Bach concert in each moment of the day and in every place you feel like! Music is no longer solely dependent on space to reverberate.

The result of these contrary developments today is a rapidly declining audience for classical concerts: the strictness of the concert hall keeps the modern [new] audience away, while the current audience is aging.
To prevent classical music from a slowly declining further it is necessary to find new ways to accommodate the diverse needs of the audience. It seems the next stage (step) for classical music should be a more real and enduring new stage (platform), an alternative to the concert hall.

‘Space in four parts’ literally opens up the concert hall with its enclosed character. Slicing the archetypical concert hall into four parts, rethinking and rearranging them has opened a whole new world of possibilities.  Internal and external spatial relationships shift and allow new and diverse interactions between musicians and audience, an ever changing scenery. The constant possibility of transforming the concert hall also allows new ways for it to interconnect with the city fabric and landscape.

The new concert space refers strongly to its classical past, but escapes its historical weight and closed atmosphere. This is most clear in the coffered facades and interior. This calls the historic concert hall into memory but has transformed its formal mass into a space of light. At the same time the coffered surfaces provide sound scattering and constructional stiffness to the portable panels.

‘Space in four parts’ is truly a concert space capable of modernizing the ways we can enjoy a live performance of classical music.