The multidisciplinary studio SOLO SPACE offered an opportunity to investigate nuanced balance between the private and the public within the framework of an unusual typology: a single-artist museum.

Inspired by famous examples such as The Noguchi Museum in New York or The Yayoi Kusama Museum in Tokyo, studio curators invited the students to design a small art cluster in the city of Amsterdam. Not just any museum, but a museum of and for one person – an institution at the intersection of private and public domains. On the one hand, it was to contain the whole universe of a contemporary artist with exhibition halls, studios, meeting rooms and other possible functions. On the other hand, it should be envisaged as an engaging cultural and public centre with various amenities open to all.

The Dutch contemporary artist Berndnaut Smilde, who is currently based in Amsterdam, became a central inspirational figure to the studio. His work that borders on scientific experimentation is open to multiple interpretations. With his very engaging visuals – videos, photos or live performances – the artist investigates a broad range of themes: from climate and ecological issues to the very nature of art and the relationship between space and time. 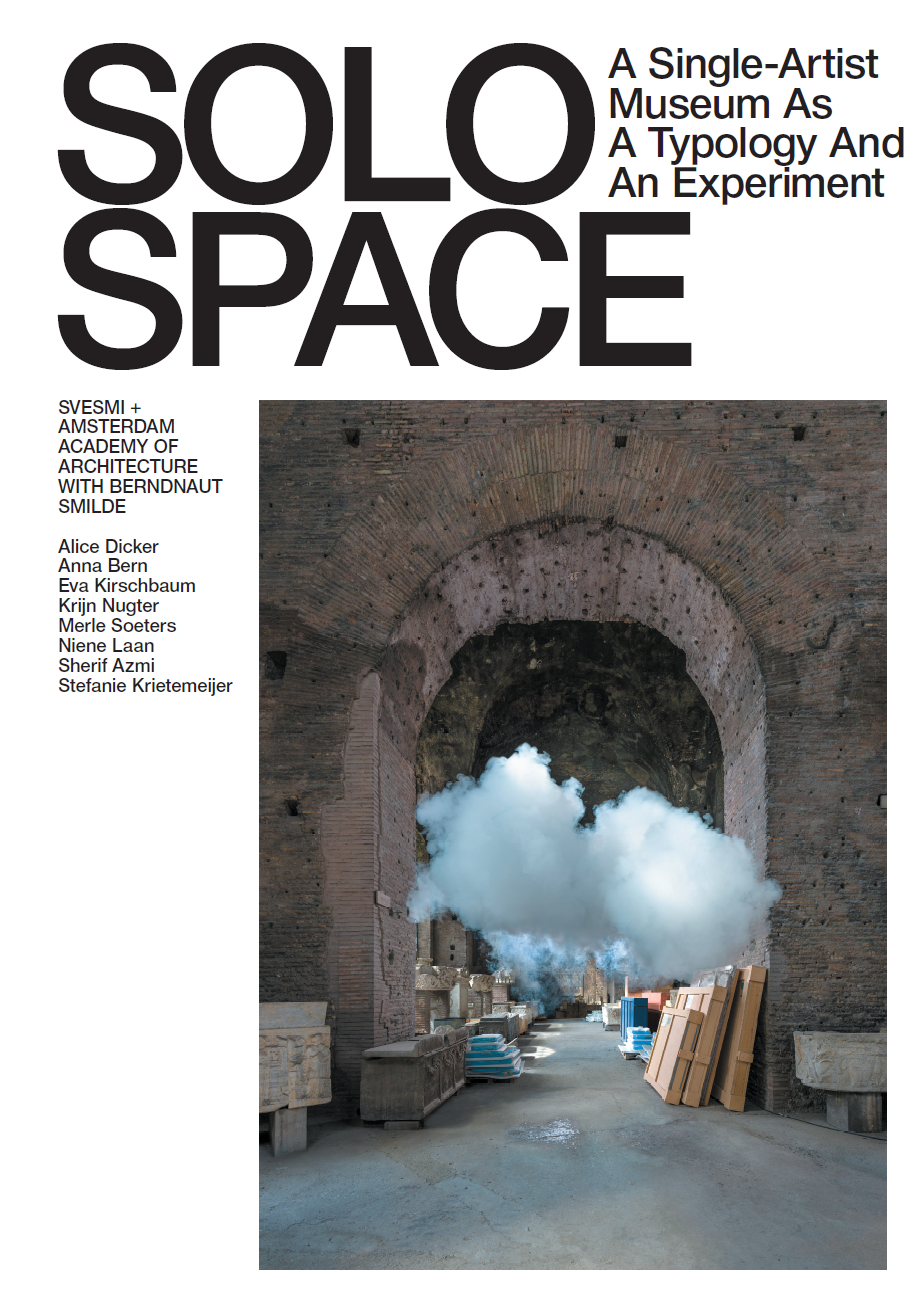