Students of the Academy of Architecture exhibit at Architectuurcentrum Amsterdam 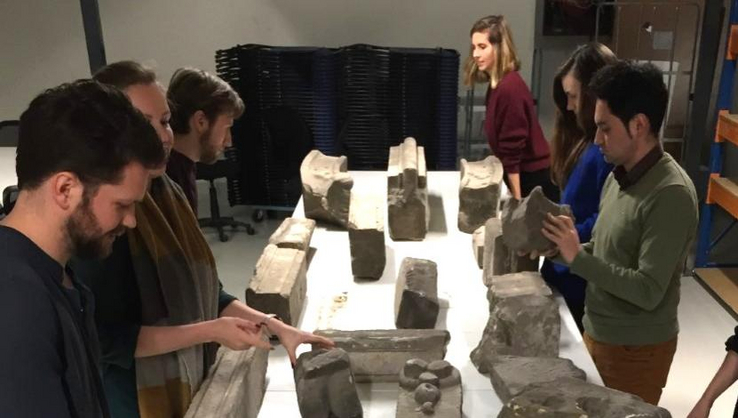 "Free to pick up: a piece of old Amsterdam", headline De Volkskrant on 31 October 2019. The City of Amsterdam opened its depot full of ornaments and building fragments and anyone with a good proposal could pick up pieces of their choice. The students of the Academy of Architecture did not miss this opportunity. The result of their research and design assignment can be seen in the exhibition 'Was I an Ornament?', exhibited simultaneously with the new photo exhibition 'Am I an Ornament'. Both exhibitions can be seen from June 9th in Architectuurcentrum Amsterdam.

In the past decades, the City of Amsterdam has collected and stored many building fragments, ornaments and debris of monumental buildings in a depot. All building fragments have been recorded, documented, categorised according to value and published in an extensive catalogue.

These orphaned building materials were valued differently in time. There was a time that those materials were exhibited in the garden of the Rijksmuseum as ‘bouw-kunst’, but over the years people have lost their interest in these objects and they were stored and moved from one warehouse to another. The time has come that the city of Amsterdam does not even want to store theme anymore and is willing to give them away to anybody who comes up with a reasonable plan. This project by students of the Academy of Architecture is a research on how historic building fragments and ornaments can be an inspiration for and reuses in future plans.

In the design project of the Academy the creation, demolition, storage and exhibition of buildings were central themes. The students designed a new building on the Marineterrein in Amsterdam that will house three functions already present on or near the area: the Archeology Workplace of Monuments and and Archeology, the current ‘makerspace’ of the Academy of Architecture and a new home for ARCAM, the architecture centre of Amsterdam.

Every student had the task to find a suitable place for the collection of these forgotten ornaments in their building. Next to that students worked with a real building fragments and ornaments of their choice from a big crate the Academy received from the department of Monuments and and Archeology, category D: debris. Not only the aesthetic of the fragments were central, but also the making of the fragments. First building fragments were redrawn, 3d scanned, printed, copied, mirrored, used as a cast, etc. Then the historic fragments and ornaments were interpreted into a new functional element for their design project: the door handle of their building.

On display are of each student their historic building fragment, door handle and image of their building design. The project was supervised by Jarrik Ouburg (HOH Architecten), Kaita Shinagawa (Studio KU+) and Juliette Gilson.