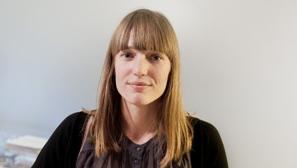 Donna van Milligen Bielke is one of four students nominated by the Amsterdam based Academy of Architecture for the prestigious Archiprix, awarded to the best graduate projects among Dutch design schools in June. Her graduation project was also nominated for the Amsterdam School of Arts prize for 2012. Donna designed a new Amsterdam City Hall, a kind of Reversed Boogie Woogie.

‘My plan hatched from dissatisfaction many people, myself included, feel in relation to the current Amsterdam City Hall’, says Donna. ‘After four years at the Academy of Architecture - its premises directly in front of what is called The Stopera - I all too often had to convince disoriented tourists. Indeed that big, rather closed building, pontifically frustrating the urban space, really is our Amsterdam City Hall!’

Reversed Boogie Woogie gives the city hall the status it deserves, providing new public urban spaces. It is a building in a city and simultaneously a city within a building: an ingenious collection of routes, squares and terraces connect the entrances. Altogether highly accessible, the way it blends in with its surroundings, really makes it a hub within the city centre.

‘I wanted a city hall of open character, connected with city life.  Accessible, so every citizen feels at home.’ tells Donna. ‘Connecting different spaces, public or closed and inside out, borders between buildings disappear. Increasing rather than denying the scale of the building, the city hall thus acquires its proper standing. No longer a large obstruction, the city hall now has something to offer to Amsterdam.’

Dutch design schools annually nominate their best graduation projects to participate in the prestigious Archiprix. New talents often first step into the limelight during its presentation, this year taking place in the Netherlands Architecture Institute (NAi) in Rotterdam in June 2013.
Donna’s graduation project was also nominated for the Amsterdam School of Arts Prize 2012, in Dutch called the AHK Eindwerkprijs. 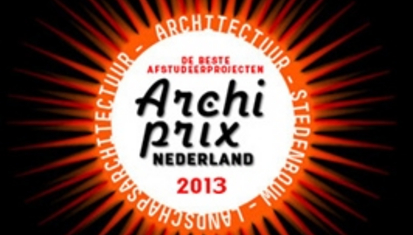