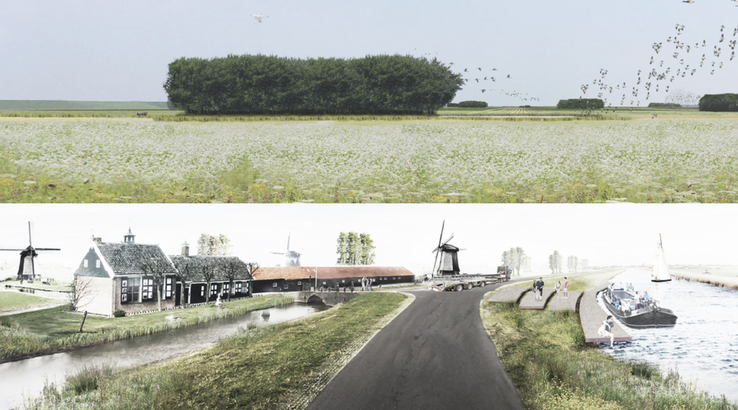 During a festive and well-attended meeting on Thursday 10 November at the HAS in Den Bosch, the winners of the KuiperCompagnons Graduation Awards -organised by Blauwe Kamer- were presented. For the masters, Lieke Jildou de Jong of the Academy of Architecture won the first prize and Niek Smal received a (shared) second prize.

Landscape architect De Jong received the first prize for her research project on 'freshwater yards' in Groningen. Her proposal is to use empty farmyards to collect and infiltrate excess rainwater, restoring underground freshwater lens capacity.

The second prize for landscape architect Niek Smal was for his proposal to restore freshwater supply in North Holland. His project Watertrots demonstrates both on a provincial and regional scale how North Holland can function without the supply of external fresh surface water.

The KuiperCompagnons Graduation Awards organised by Blue Room magazine were presented for the fifth time this year. Read more about Blue Room here (in Dutch).