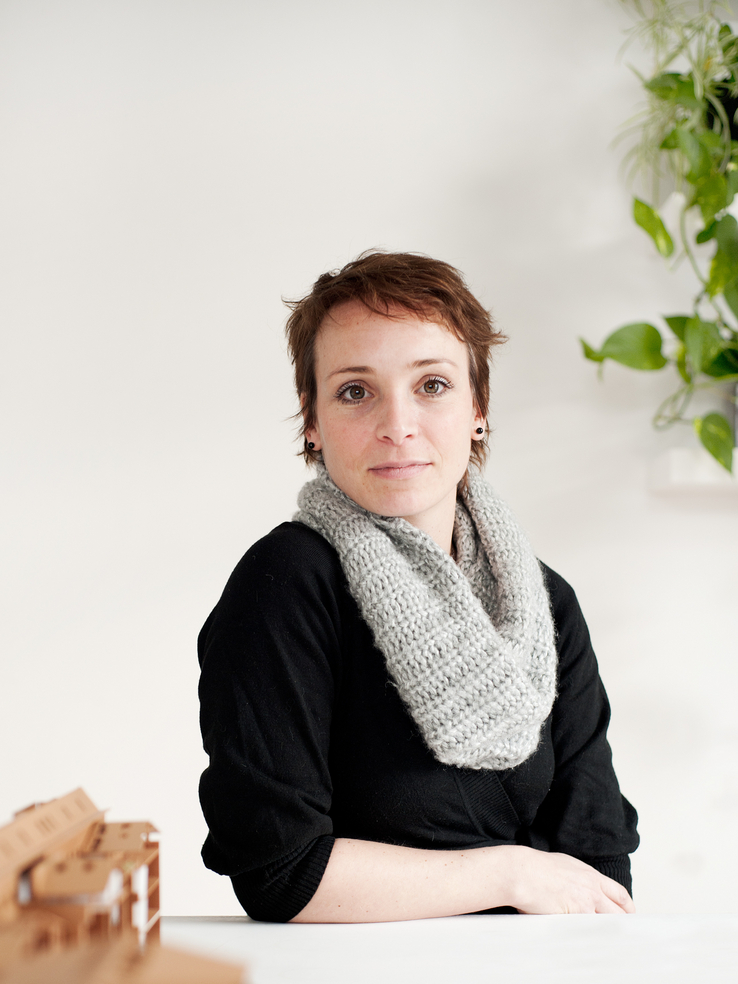 Tara Steenvoorden is one of four students the Amsterdam based Academy of Architecture has nominated for the prestigious Archiprix, the award for the best graduate projects among Dutch design schools. Tara’s design turns a 17th Century Orphan House into a 21st Century National Ballet School.

‘In the centre of Amsterdam there is an excellent opportunity’, tells Tara. ‘A remarkably large building with a rich but shrouded history will soon be vacant. Its roots date back to the 17th century, when next to the then recently dug canal called Prinsengracht an orphan house was built. Depict the scenery at the time: two courtyards, separating boys and girls, a low bench against the front with nurses and crowds of children.’

When in 1825 the building was turned into a court of law its open character vanished. As a Palace of Justice the building was altered. Hidden behind a stately front with heavy security it was in a way distanced from the public. After centuries of innumerable reconstructions (and the court of law as of April 2013 having moved to a brand new building at the banks of the IJ) the old orphan house can now embark on a new relationship with the city of Amsterdam. Tara’s plan has the historic building transformed into a national ballet school.

Whilst researching the many transformations the building has seen, Tara slowly unveiled its original 17th century structure. A neat grid of thoroughly set measurements and classic proportions showed up, strikingly visible in both the ground layout and the rigid repetition of facade openings. Careful analysis of this structure, followed up with the removal of some historically irrelevant alterations and spatially less interesting elements, are elementary to the formation of the National Ballet School.

Educational facilities are on the first four floors. A new loft provides ample space for student housing. Neither old or new was to prevail in the design, rather the desire was to meet with requirements. A dialogue between existing quality elements and new demands, so to speak a pas de deux.

A process of balanced effort, not yielding to either nostalgia or the sledgehammer, have directed a building of historical importance towards the future. And as history repeats itself in Amsterdam as well, again in the 21st century it shall be a home base for young people.

And when in the evening the courtyards light up with silhouettes dancing behind the windows, the National Ballet School becomes a lantern in the city.  A lively scene which makes you stop and stare in amazement.

Dutch design schools annually nominate their best graduation projects to participate in the prestigious Archiprix. New talents often first step into the limelight during its presentation, this year taking place in the Netherlands Architecture Institute (NAi) in Rotterdam in June 2013. 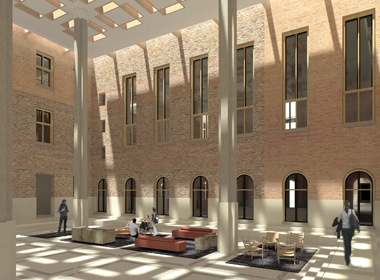