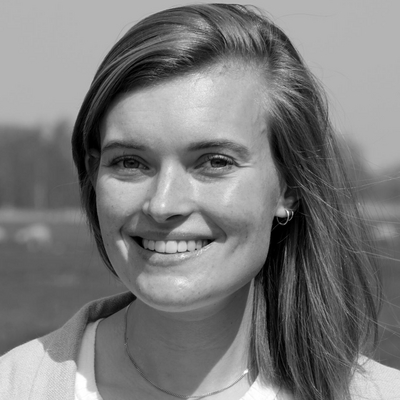 The Island of Silence

At the start of the Second World War, it soon became clear that the Channel Island of Alderney – belonging to the British crown but located only ten miles off the French coast – would fall into German hands. This led to the evacuation of almost all of its islanders, who would spend the war years in the United Kingdom. At the end of the war, only a few hundred ever returned.

Insel Adolf
By 1941, the Germans had begun building fortifications on the island, with Alderney eventually transformed into an impregnable fortress. To keep construction going, foreign forced labourers from German-occupied territories were shipped to the island. A life marked by exhaustion, malnutrition, disease and abuse awaited them on 'Insel Adolf'.

The return of the islanders after the war, turned out to be a painful experience for many. Their once lovely island was changed almost beyond recognition. It caused trauma that is still present in part of the population today. And although there are few visual remnants of the Borkum, Helgoland, Norderney and Sylt camps (named after German islands), I believe it could be healing to make history visible again. Not through a reconstruction of the camps, but through landscape interventions, which are carried out by the islanders themselves.

From denial to commemoration
In my graduation project, I propose a number of schemes in which two processes run parallel – physical and emotional. Islanders implement step-by-step interventions which make the camps recognizable once more, while these same interventions help them process their trauma. The acceptance of a difficult past will grow alongside changes in the landscape which make the camps more visible. With this approach, a transformation takes place at three former camp locations, creating new commemorative landscapes that enter into a dialogue with history. The camp remnants are better expressed and through landscape interventions such as planting forests, retaining rainwater and letting in the eroding sea, stories or testimonies about the camps are told.

Three new commemorative landscapes
The sea, over which the forced labourers passed en route to Alderney, which also held them captive and became the final resting place for many, is a constant in all three proposals.

At Sylt Camp, I propose to distinguish the camp from the surrounding landscape by giving it a densely planted border with trees and shrubs. This woodland forms a remarkable image within an open landscape and is a reinterpretation of the previously closely guarded camp boundaries. Inside, the camp remains are again visible and one experiences the feeling of being confined, with the sea being the only way out.

Helgoland Camp has been built over with a residential area and only its former entrance remains. In my proposal, the camp is marked from a distance. The view of the entrance columns is formed by a temporary event. This occurs when rainwater is collected at ground level during heavy rainfall. In this temporary wetland, a single route and line of sight is formed which connects the camp entrance with the sea.

At Norderney Camp, the harsh living conditions adjacent to the sea, are relived when the sea invades the land through a dune breach. This event sets in motion a slumbering transition in which the eroding sea makes the currently hidden camp remnants visible again. The sea takes over the landscape and makes it impossible for humans to intervene in this process.

From silence to speaking
These three commemorative landscapes signify a new transformation of the island, restoring the relationship between the past and the present. The landscape tells the story of history but is embedded in the present time. Alderney dares to let its history speak and can once again be proud of the island, its history and the future.