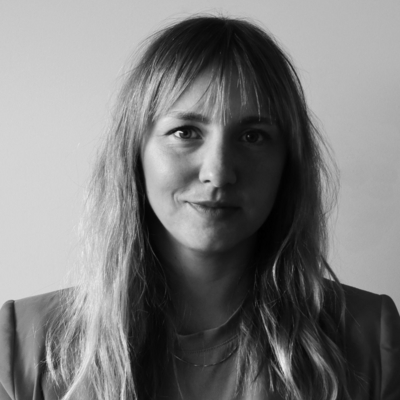 Vocational school as an urban activator of Praga Warsaw

Kultywator Praga is a revitalisation project of the Praga district in Warsaw, Poland. Even though this area is forgotten and often inhospitable with an ageing population and high levels of unemployment, it is very strong in terms of urban planning and has strong craft roots.   My proposal work with those features. On an urban scale, it intends to connect the existing environment with urban tissue by adding a new building in the middle of the urban block. It's a public mixed-use building with a vocational school focused on food cultivation and preparation, which would become a new neighbourhood centre.  Through this action, the area is being densified and diversified.

Warsaw was severely damaged during the Second World War, although the right bank part of the city, where Praga is located, was not so harshly affected. This is why the district is so different from other parts of the city, with its unique pre-war residential building typology. In my opinion, there are opportunities there that are often overlooked by city authorities and developers, who often create buildings that do not work with their context.

My concept celebrates the uniqueness of Praga district. This area has always been a productive part of the city, with gardens, orchards, markets and factories that supplied the right-bank part of the city. This also attracted a certain type of people who wanted to live there, such as craftsmen. To this day, these features are still visible in the district. I want to work with these qualities, its original enclosed block typology, trading and cultivating tradition and crafts tradition.

Kultywator Praga (eng. cultivator)
1. A cultivator is a person who ensures that an element of culture is not forgotten and that it develops.
This is the element that was missing there. People who would make sure that the neighbourhood develops with its genius loci, cultivating its trading, craft and horticultural traditions. I realised a vocational school could be an excellent answer to that problem, as a place bringing young people who could carry and develop further this heritage. The school's specialisation also arose from the unique culture of Prague, which in the past had many gardens and orchards that supplied the city with food. However, looking at the future of city life shows a new way of living in the cities, where its inhabitants are more connected to what they eat.

Kultywator Praga is a multifunctional building combining existing on-site functions such as Praga's famous market and flats with the school. The strategy is for these functions to benefit from each other's proximity, sharing space, knowledge and ideas.

Kultywator Praga provides a reorganisation of the urban block created by the 300-metre building at its centre. The architectural design of the building provides a pleasing human scale, inspired by the architecture of the existing tenement houses.   My project shows a new example of the development of the historic Praga district, the city of Warsaw and many other European cities with a similar old urban fabric.