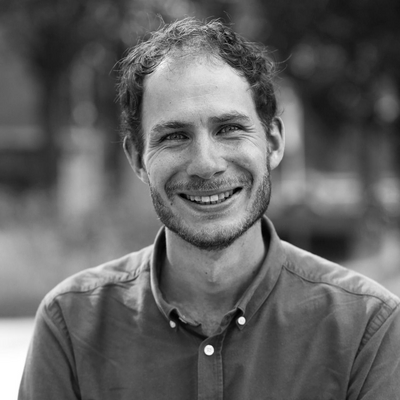 An integrated sustainable perspective for the Haarlemmermeerpolder in 2100

As the 19th-century German naturalist Alexander van Humboldt discovered, everything in the landscape is interrelated. He already saw the negative effects of sectoral land use on the climate, soil and biodiversity.

These insights seem to have fallen into total oblivion in the century and a half that followed. The Haarlemmermeerpolder is the crowning glory in many respects.

The Haarlemmermeerpolder is therefore a textbook example of untenable sectoral pragmatism and the associated problems, such as salinisation, very low biodiversity, noise pollution, air pollution, congestion and urban housing monocultures, which put pressure on the quality of life in the city.

Need for integral design. What if?

To cope with this problem and to work towards a sustainable and attractive alternative for the Haarlemmermeerpolder, large-scale integral design is needed.

In this proposal, this alternative is given in the form of the Haarlemmermeer National Park. An integral design of the polder in its entirety, fully committed to a self-contained sustainable water system fed by rainwater. A local, regional and international mobility strategy based on public transport and train. Compact, sustainable, high-density cities, surrounded by a robust and biodiverse natural and agricultural landscape.

The basis of the plan can be found in the water system. In the future, the Haarlemmermeer will be completely fed by rainwater. The old inundation fields of the Defense Line of Amsterdam will be used to collect and store this water. This new water storage facility will provide the area to the north of the ‘Geniedijk’ with sufficient water to enable agriculture to continue.

This water storage also functions as a large bird breeding and habitat. The combination of water storage and the subtle topography of the polder provide a rich variety of marsh islands, reed beds and open lakes. An area that is reminiscent of the Oostvaardersplassen, but in the middle of the Randstad.

Nieuw-Vennep and Hoofddorp will be densified on the land tunnel, whereby both places will have an urban front towards the landscape. A balcony that overlooks the landscape, including a lake, forest and agricultural area. In addition, for a considerable part of the housing assignment in the Randstad, a sustainable interpretation is found in the Haarlemmermeerpolder.

Schiphol, the third core of the infrastructure bundle, became the train hub of the Netherlands in 2100. There are only intercontinental flights, the train is used for all European journeys. The Amsterdam forest has been extended to Hoofddorp on the area that has become available due to the shrinkage of Schiphol (approximately 70%). This forest is called the Schipholsebos, a robust spatial counterpart to Amsterdam and the completion of the Amsterdamse Bos Scheg.

This new low-lying landscape can be discovered in the Haarlemmermeer National Park with blue canoes that act as the main recreational carrier of the park. Canoe rental points can be found throughout the area, linked to public transport nodes. In this way you imagine yourself in 5 minutes from a train station in the middle of one of the largest nature reserves in the Netherlands!