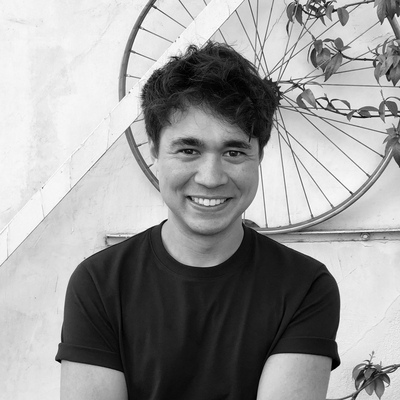 Amsterdam: a city where house prices are rising faster than average incomes, where locations are so scarce that people are considering building above the tracks, after artificial islands have already been constructed in the IJ and activity has been moved further and further west.

The Zuidas dock shows that stacking above infrastructure is not easy and very expensive. And while living near stations is very important for better accessibility and a reduction in car use and ownership. Often, construction is done first and public transport only comes years later.However, there are several places in the city that are easily accessible by train and or metro, but where the use of space is not optimal. Outdated offices and other industrial buildings, abandoned sites, poorly accessible greenery: the fringes and residual areas of Amsterdam, but with a train station or metro stop.

Spatial research has highlighted five sub-areas that are potentially suitable for large-scale new construction around existing stations and stops, in the short and medium term. While many residential and work areas did not get their public transportation until years after completion, these stopping places never got their stable quarters and neighborhoods. How come?By installing rail infrastructure afterwards, which is customary in the Netherlands, stations often arise outside the urban area. Infrastructure is given space here, resulting in monofunctional traffic areas around sidings, marshalling yards and viaducts, all owned by the Nederlandse Spoorwegen (NS) with its own interests. Development here is certainly complicated, but is it more difficult than reclaiming islands, digging harbor basins or constructing a North-South line? There will come a point when these complex locations come into the picture and urban development and rail infrastructure are overlaid again, which is already common in other metropolises such as Stockholm, Paris and Hong Kong.

That is the assignment for this research: to take one of the five locations as an example for a study of urban development opportunities. The most extreme location has been chosen: Duivendrecht Station, a grade-separated crossing of tracks and metro lines next to a pastoral village church. Welcome to the Amsterdam Metropolitan Area!

The Duivendrechtse Poort will focus on various forms of collectivity - in a higher density than we know in the city centre: from FSI 1.9 to FSI 4.2. That means even more room for meeting. Not only on the street, but also in naturally and climate-adaptively designed courtyards, cozy neighborhood squares and a large, green meadow that forms the heart of this new neighbourhood.

In the future, we will not only meet at the ground floor, but also at different levels. It will be a paradise for pedestrians, who themselves have the freedom of choice to move through the area. This is possible through the green streets, where you always have the feeling that you are still walking through the landscape. Or at a level, with access to super cool roof gardens and terraces, so that you can experience the area in a completely different way. All this has been designed in a strong shell of wet and green public space. Here you live really healthy as a new Amsterdammer!

The focus on typology is actually the most valid way of designing and building at a high speed. By taking the Amsterdam urban block as starting point and combining them with the higher typologies that have already proved themselves abroad, it is finally a proper answer for the housing shortage both city and country are facing as of 2020.

Imagine if only half of the 912 hectares could be redeveloped for housing or mixed use environment, it makes it possible to house more than 220 000 people. That’s the same amount of people that is living in Almere – and all realised within the current urban fabric. With more room for the housing experiment, different kind of densities and new typologies. All centred around existing nodes in the city network.