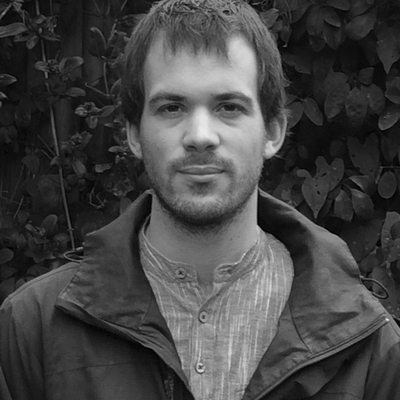 We live in a hearing world. Others live in a deaf world. The deaf world has its own language, the sign language, Dutch or English or . . . Frisian. The deaf world also has its memorials, made out of stone. The only deaf memorial in the Netherlands — and likely in the whole world — is in Amsterdam, behind its botanical garden, on an ‘infrastructural' island of grass. Behind it stands a university — presently the Reinwardt Academy of heritage studies — that used to be a school for deaf children. During several weeks at the beginning of the Second World War, all the deaf pupils were killed.

Today it is some 80 years later and a Jewish Deaf foundation has recently placed the stone before the school in memory of the victims. Yearly, deaf and Deaf Jewish people — and relatives of the deceased — commemorate the horror by taking a short walk from the school entrance to the memorial stone. Once I was able to join them and long before I've decided, that I should make a proposal of landscape architecture at the location where the memorial stands.

This paper presents the proposal in drawings. I attempt to describe it also in words. It is a moving image. It moves, because around the memorial, it would be good to nurture all monumental trees, by trimming some of their branches, allowing growth and letting sun onto the ground. The trees already form a coherent spatial structure, a park. Park = keep. Inside the park, there is a road. This road must be moved, because it stands in the way of the commemorations, between the memorial and the school. Sign language = visual language. For a sign user, deaf, openness = safety. Light = understanding, resp. more light = more understanding (better visual reading). Deaf communication = people grouped in the form of a circle. The circle, from now on, becomes the main organizational form of my whole proposal. I draw in ellipse on the ground. It begins by the school entrance, ends by its corner. It bends around the memorial, tying the memorial and the school together. It encloses them, unites them. It will be a raised, gravel garden through which the cars on the road cannot go. A place of quiet, that houses the memorial with dignity. It will be possible to commemorate by the light of a single lightbulb, that should be placed above the school entrance — by an existing memorial plaquette — in a dim setting. Not everything that will be signed will be understood during the night, something may remain un— Yet, the historic wound is touched. Does it pain you? Good. Most memorial experiences would end here. By the memory, by the touching of it, or by exposing it. The problem is, that rarely does a space allow others to experience memory of an individual . . . and in order for a trauma to heal, the pain should be washed away, or shared.

Personally, I've often felt, that water has a purifying effect on my thoughts. In the end, it is water, that has the ability to purify itself by itself. In the park, it is possible to go sit by a pond. That is nice, I do not propose change there. What I think would be a good extension to the memorial, in the form of a semi-circle, is an other space by the water, but now by a large, open water at a bend in a canal titled ‘de Nieuwe Herengracht', that is some 15 meters away from the memorial. With a view at the bend, a semi-circular platform of wood and steel should be made, that will transmit tactile vibrations of movement of others, so that movement as a form of expression — sign — will be shared between all who stand upon it, hearing or deaf alike. Leaning against a brick embankment and seeing the water surface only 40 centimeters below, we will be in the presence of water itself.