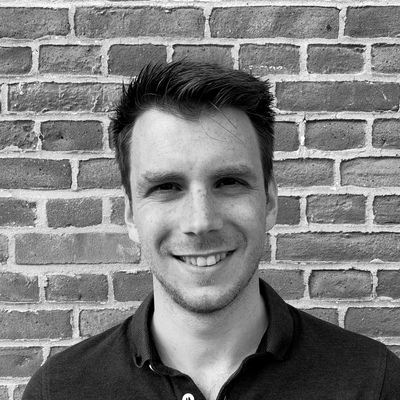 A new type of work building for the Science Park in Utrecht.

The work area has moved from the office to the city. It’s impossible to imagine the public space without the working man or woman, who you come across in the many coffee bars, train stations, hotel lobbies and temporary workspaces that appear to have spontaneously sprouted up everywhere. The work area has become fluid, so that not only the workplace, but even the time that we work, is no longer fixed.

Because of this development, designing a work environment can no longer be based on a fixed schedule of requirements, but must meet the needs of a more flexible use. Established institutions, such as schools, libraries and companies already appear to be having difficulty dealing with these constantly changing spatial demands. Solutions that follow the logic of the public space are being sought increasingly often. In that case, the work area is often nothing more than just public space in the building.

What’s more, the interconnectedness between individuals has changed as a result of the internet. Supply and demand can be aligned in a more targeted way on online platforms, as a result of which physical meetings are not always necessary anymore. As a result of this, the individual can operate in an ever more individualistic way. The flipside to this is that the lack of external influences can create a vacuum resulting in a decline in creativity and spontaneity. It is precisely because supply and demand are less closely aligned in the public domain that spontaneous encounters must be made possible.

A new type of work environment is therefore needed: a work landscape. The logic of the landscape is one of limitless possibilities that are subject to change just like the work area. A landscape offers various spatial conditions that can foster spontaneity. Humans are not users, but temporary visitors who can claim a piece of the landscape. Approaching a building as a multifunctional landscape requires one to abandon the traditional monofunctional approach. This approach also requires a different architecture where the idea of the building as floors stacked on top of each other is replaced by a single unbroken floor area uninterrupted by stairs and lifts.

Scape is a building as landscape and meets the changing spatial requirements of the working man or woman. The architecture contributes to the spontaneity of the encounter without ignoring the desired individuality of the working man or woman. The floor of Scape runs in a single motion from the ground floor to the restaurant on the top floor uninterrupted by stairs and lifts. It is a landscape in which differences in height automatically create different spatial conditions that can be used at one's discretion. The atria make unexpected sightlines possible. Through the integration of screens of varying density, spaces are created with variations on openness and enclosure.