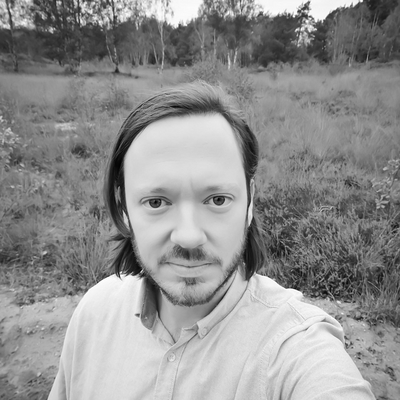 With the proposal to make a large National Park from the Veluwe region, a comprehensive solution is provided for one of the most urgent problems in the Netherlands: the decline in biodiversity in nature conservation areas on the higher sandy soils. The nature in the Veluwe is deteriorating due to desiccation and nitrogen deposition that is largely caused by human action. If we want to pass on the unique natural environment to future generations, now is the time to restore the balance between humans and nature.

In the past 150 years, the Veluwe region has dried out significantly. Buffering seepage marshes have been drained for the benefit of agriculture. Moreover, a lot of rainwater evaporates due to coniferous forests, as a result of which the groundwater is not replenished sufficiently. This groundwater is not only of essential importance to nature, but also to agriculture and to our water supply. As a result of the expected increase in droughts in the summer, the demand for water will only become greater.

By transforming closed, dark coniferous forests and monofunctional grasslands into deciduous forests, open heathland and a landscape of drifting sands, the groundwater reservoir will be replenished sustainably. As a result of this, a water-rich nature network will arise. Spectacular visual connections between the natural environment and the civilised world can also be made and unique landscape elements will be created and displayed, such as star-shaped forests and prehistoric dry valleys.

The seepage water that rises up on the flanks will no longer be discharged to the sea, but will be stored in natural marshes. As a result of this, an attractive landscape rich in flora and fauna will arise, where high-quality drinking water can also be extracted. Space will be created for land-based farming on the higher grounds in this landscape. More deciduous forests will also be planted, which are badly needed in order to achieve climate objectives. This landscape transition will go hand in hand with a gradual restructuring of the intensive livestock farming by building homes on existing farmyards. These wooden housing ensembles will be placed at the edge of the forest overlooking a brook marsh surrounded by nature.

Farmers who are located at the transition from high to low area will provide maximum biodiversity on the flowery heathland, meadowland and fields with the heathland agricultural system. Furthermore, sheep herds will graze the nature, with the sheep manure being used on the fields. This logical form of circular agriculture in combination with nature management on the higher sandy soils will make the farmer the figurehead of the landscape once again. The balance of the Veluwe’s ecosystem will be restored after a few decades and the biodiversity will increase exponentially. In this way, an attractive and sizeable natural landscape of up to 2,000 km2 will be created, which humans and animals can enjoy for generations to come: the endless nature of Groot-Veluwe National Park.