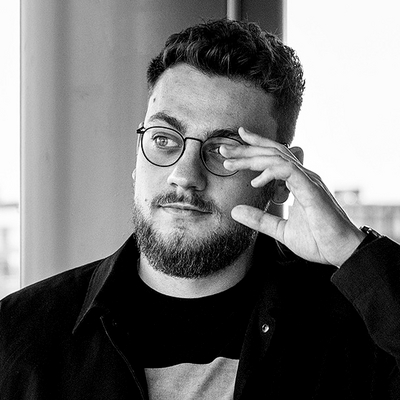 HYPERLIVING is an idea born from the observation of our reality, that rapidly changes because of technology and morphs into a seamless blend of physical and digital, called hyperreality. The project addresses the potentials and threats caused by the arising 4th Industrial Revolution, where the autonomous machines, big data, extended reality, and many other cutting-edge developments will redefine our economic and social future.

The goal of HYPERLIVING is to use both soft- and hardware, to raise the use-efficiency of spaces and give people room and stimulant for daily life-long growth, using smarter the buildings and public spaces in constantly growing cities. The concept balances freely between utopic optimism influenced by characters like Cedric Price or Archigram and dystopic dangers of a technocratic big-brother future, aiming to raise questions and trigger a discussion about the role of architects and architecture in shaping the new automated world.

The proposed system minimizes the fixed ownership of space, offering access to a huge amount of various shared areas, available for living, working, playing, or learning, and connects people in activity-oriented circles. The areas can be extended by either private or shared pods, temporarily changing the character of common zones and enriching the program. For the flawless operation, the system is controlled by Artificial Intelligence that is fed by and analyses user data. The digital side is fully integrated into the actions of the physical space, creating a new mix between cybernetics and architecture – the cyborg architecture.

The main goal of the assignment was to form a universal solution to earlier stated global challenges, however, it is represented by a prototype of a HYPERLIVING tower, tested in a soon-to-be-built smart district of Amsterdam. In its form, the building takes its inspiration from science fiction genres such as solar- or cyberpunk and by using the newest technical tools creates a constantly changing representation of modern society. The tower, although integrated with the rest of the plan, stands out from its surroundings and works as an activity hub for the area and an integral part of a wider HYPERLIVING network.