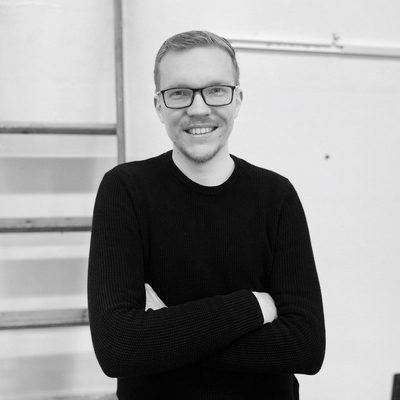 The Big Step for Rotterdam

Around the world, people move to cities for all kinds of reasons. I am fascinated by urban life in dense, complex cities. The future city requires a pleasant, healthy living environment without obstructions with a corresponding lifestyle that can help promote better mental balance and good health. This increases the city’s attractiveness.

Unfortunately, the reality is different now. Increasing pressure on urban areas make many (in)visible barriers apparent, such as unfitting street patterns and huge traffic arteries. They make a city dysfunctional at the expense of desired living quality. Bridging barriers can fix problems of the existing city and exploit potentials for more city life!

Rotterdam, where experiments are ongoing, seems to be an ideal testing ground for spatial designers. It is popular for its own character, low housing costs and housing demand. The challenge is great at the same time: not all experiments have been proven to be sustainable. The city centre was designed for monofunctionality and cars. Now, more houses should be built, and cyclists and pedestrians should be better accommodated. More experimentation is needed. Benefits can be gained from the city’s own characteristics. That makes the transition of Rotterdam to a new era interesting to investigate.

I defined eight success factors for city life. With an integral urban development plan, I show how they can be implemented.

The centre of Rotterdam will be expanded. The Hofplein area is suitable and has many potentials. The Hofplein can also connect the Noord (North) area of Rotterdam and the city centre. On top of that, the square can become a connector in the regional bicycle network and can be linked to other modalities.

Important interventions, such as ‘cuts‘ at Schiekade and Pompenburg in the car traffic system on different scales must take place. The car is given less space. Bridging local barriers such as the railway tracks have priority.

Pedestrian ‘backbones’ fuse the city centre and residential areas. Rotterdam’s experimental character is honoured by examining the quality of existing buildings and only demolishing what is necessary over time. New ‘specials‘ are added. Compact urban blocks are shaped by the mobility needs of cyclists and pedestrians to stimulate the use of public transport. A mix of small-scale functions in the plinth provides vibrancy on the streets. The construction of more than 5,000 houses in an improved urban fabric creates basic public space. Living and working will be in proportion again: 40% housing, 30% working, 30% services. Flexible plan dimensioning ensures an adaptable living environment, taking population changes and different needs into account. Human scale is brought back and ‘iconic’ high-rise fits in with the city. Systems for clean energy and climate adaptability is introduced. Publicly accessible open (roof)spaces are as green as possible and connect with the surrounding landscape.

The Big Step for Rotterdam runs parallel to what is already happening. By doing so, the boundary of possibilities can be sought. This project is an experiment to show possible gains for city life and the ambitions of Rotterdam. This urban development plan is meant to start the discussion that can serve as inspiration for similar cities to take the big step towards city life.