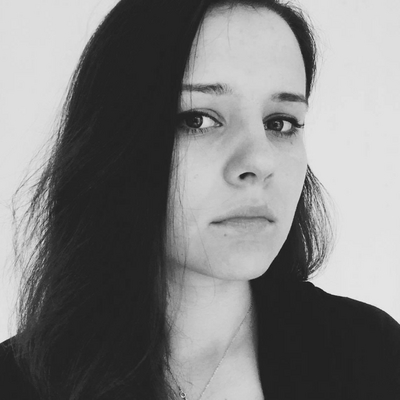 From memory to dream

My graduation project is a study into the preservation and revitalization of overlooked Soviet era modernist buildings. It is focused on common buildings, often built according to standard designs, that served everyday needs: leisure, cultural activities, domestic and civil services. Buildings that can tells us about the social structures, culture, politics and daily life of the Soviet era.

Built between the late 1960’s and the late 1980’s these examples of modernist architecture are usually not held in high regard by the general public due to their widespread occurrence and their association with the Soviet regime. Because of that they are now in decay, aged poorly or too easily demolished. The heritage of multiple decades of architectural developments is in danger of being wiped out. It is extremely important to wake up and call attention to these buildings before it is too late.

This study uses the modernist buildings of Panevėžys as its main subject matter. This medium sized working class city has seen both explosive, government sponsored growth during the Soviet era as well as continuous shrinkage since Lithuania’s independence. Most of the public buildings that were built to service the city’s once growing population have been preserved.

As it turns out, Panevėžys is unique for having such a large number of unaltered Soviet era modernist buildings. Unfortunately, most of these buildings are either functionally obsolete or simply too large for the current population size to keep functioning efﬁciently. If they are not transformed they will be left to rot or be replaced. And with them an important part of the city’s history would be lost.

To contribute to a solution for this problem I set out to explore a range of transformation strategies, suitable for various building types and operating at multiple scale levels.

This was done in three steps:

1. Compiling a selection of relevant buildings
2. Researching their features, history and type
3. Formulating strategies and translating them to design proposals

Out of the 11 buildings I analysed I selected 5 for which I developed conceptual designs:

Each building represents a type that is characteristic of Soviet modernist architecture. For each type I researched what its signiﬁcance was during the Soviet era. After this I gathered relevant surviving examples across the former Soviet Republics and the Eastern Bloc.

I analysed the current state of the examples I could ﬁnd to see if there were any shared problems or common themes to be discovered. This information was used to develop my transformation strategies further so they could address more than just the speciﬁc circumstances of the buildings I found in Panevėžys. By having an eye for this larger context my design proposals could then serve as prototypes for the implementation of similar concepts in similar buildings in other locations.

To categorize the design proposals I deﬁned 5 conceptual mechanics for transformation: Adding, Removing, Inserting, Restructuring and Recontextualizing.  Each design utilizes a different mechanic to reveal the best qualities of the existing building involved. The design proposals illustrate how functional improvements could be achieved and what could be done to change how these buildings are perceived. All share a common goal: to give a new heart to the buildings involved.

To re-introduce the involved buildings as landmarks for Panevėžys, the concept on the scale of the city is to emphasize the connections between them. By seeing them not as individual buildings but as a collection, it becomes clear how much they contribute to the image of the city and why their preservation is important.

Transformation strategies implemented in Panevėžys could serve as examples for other Soviet era modernist buildings in other cities. The uniformity that characterizes most of these buildings could then be turned into an asset: a compact set of clear ideas could be used to reinvent a large number of buildings. In that way the interventions become prototypes and the city of Panevėžys a laboratory city: a place that is open to test ideas that, if successful, can be implemented on a larger scale elsewhere.