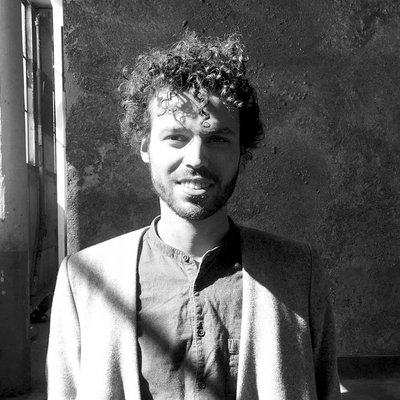 The human city consists of stories, memories, which are borne by events; events that take place in this city, outside on the street, on the squares, in the alleyways, the doorways, the bar, the gardens, the houses and in the rooms of the houses. This project is an ode to this human city, which forms our home through intuition and instinct. The city in which people create spaces and in which people adapt to the space that they use.

The city is dynamic and transforms in a constant static of adjustments. Streets are dug up, sewers are renewed, foundations are strengthened. Each adjustment offers new opportunities, as a result of which the perspective on that same city changes. Creativity is stimulated by this change and provides freedom for new developments.

The case of the Krasnapolsky can be interpreted as precedent and demonstrates how we can utilise space that gradually arose in our cities evaluated by humans. The project shows how a small café developed into a gigantic hotel in the city centre of Amsterdam. It also demonstrated that we find ourselves at a turning point: it is a company that has grown increasingly detached from the city due to takeovers and growth and is no longer borne by the residents. The process of layers being added by human hands has failed in the Krasnapolsky.

Krasnapolsky — The Lost Hotel is a search for the possibilities of this centuries-old human city. It shows how it is constructed and how seriously we need to make the choices about what to preserve or discard. It is important to understand which choices were made to discard programmatic details of the city, and why? Can patterns be discovered therein?

Krasnapolsky — The Lost Hotel is an ode to the human city. Through the opening of interspaces and the reinterpretation of the lost programme of the hotel on Dam Square, the project emphasises the possibilities and opportunities for the implementation of public functions in unused spaces that have arisen over the years on, under, between and in the hotel complex.