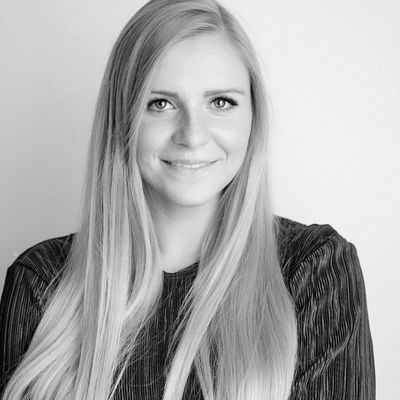 CONCORDIA - the greatest level of craftsmanshipThe transformation of a former textile factory into a University of Craft with the ambition for a improvement strategy of a small Polish town, Bolesławiec.

INTRODUCTION
We are citizens of the world, we travel long distances and seek new advantures. But there are always places stored in our minds and close to our heart where we want to go back. For me this is Bolesławiec, my hometown.

The last decades Bolesławiec is changing into a creative town. At the time I lived there I discovered my passion for art. The character of the town shaped me in what I am now. After years of being abroad and broadening my knowledge in the field of art and architecture, it is time for me to give something back to Bolesławiec.

Since the beginning of its existence it has been a typical industrial town. The tradition of industriescontinues, but it is fading. Currently the town is on the list of aging towns, it is losing identity, there is nocare for heritage and architecture. Despite these problems there are also opportunities hidden within thetown: the use of its geographical location; natural resources; culture and the most powerful: craftsmanship.

GOAL
With my graduation project I would like to show the people, and especially the inhabitants, how important itis to care about heritage and architecture. How good architecture can influence a town and what it can meanfor its inhabitants. I would like to change there perspective towards craftsmanship. The greatest ambition is to keep and bring the young generation back to Bolesławiec and by that bring Bolesławiec back to life.

STARTING POINT
As a start I have choosen the most powerful opportunity that my hometown has: craftsmanship, and aperfect place: Concordia, an abandoned textile factory. And to transform this historical post-industrial siteinto a open the public University of Craft. As a framework I followed the statement with 5 important pointsfor transformation of existing architecture: changing meaning; studying DNA; connecting to the city; opening to the public and listening to the building.

CONCORDIA
Concordia is one of the most recognizable post-industrial sites in Bolesławiec with a rich past of use and its architecture. The site contains an ensamble of 7 buildings frome each a different era, shaped as a necklace around an open courtyard. Currently nobody takes care of it, which results in decay. Lots of inhabitants passby this mysterious place every day without knowing what has happened behind its walls.

CONCEPT
The conclusion that followed the research led to the idea of creating two extremes: two urban spaces and two atmospheres, both with a social potential to connect and educate the inhabitants.

At first a new open garden connecting main green zones and opening the site to the city. A space toenjoy free time, relax and work. Secondly an historical untouched courtyard situated in the center of thecomplex. An urban interior to meet, think, discuss, reflect and create. It can be reached from each side of thetown by continuing existing paths that cut through the ensamble and brings people together withing itsmysterious space.

The necklace of existing buildings become a transition between two extremes: a transparent outerfaçade exposing the craftsmen towards the garden. A closed façade on the courtyard used as an exhibitionfor al that is made within the University of Craft. A chain of buildings opened to the public, with a publicroute and public rooms with educational functions. Removed building elements create wide and functionalspaces, it allows exposure and interaction between different disciplines of craftsmanship and the public.

FURTHER STRATEGY.
There is still much work to be done, I believe this project will be a beginning of a revitalization strategy for Bolesławiec. Creating a University of Craft will keep the tradition of craftsmanship and brings it to the a higher level. Craftsmen educated at the University could use the town as a casestudy by working on thebuildings in the town. It can make Bolesławiec well-known and inspire other places with similar difficulties.I hope this university is a start for a network of campuses with each there own quality, and at the same time keep more young people in the towns.