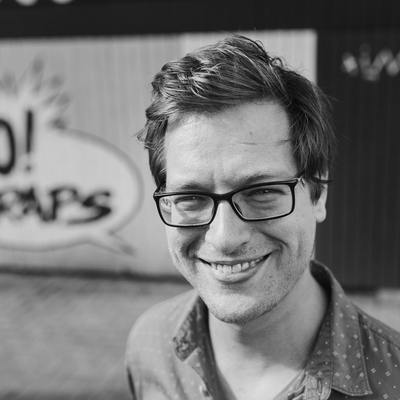 Tirana, the informal city and it's public space

Tirana is the capital of Albania. A country that was completely isolated from Europe after the Second World War, as a result of the communist regime. When the communist government was dissolved in 1991, this resulted in large-scale migration.  Albanians moved abroad, but also to the capital Tirana in particular. The people settled there illegally along the outskirts of the city in self-designed houses, in what is now referred to as the informal city.

Twenty-five years later, this unregulated growth is causing serious problems in Tirana. Examples of this include high (youth) unemployment, a lack of public spaces, floods and pollution. The government is trying to get a grip on this by drawing up large-scale master plans for the city. These plans have met with little success, however, because they focus on the formal city and ignore the informal city.

In order to make these new public spaces in the city, a strategy was devised for the development of the informal city. I will base this on a comprehensive approach to aspects like water regime, economics, accommodation and recreation, and place the emphasis on the current residents of the districts. The residents will be activated in my plan and challenged to make an active contribution to their district, and use will be made of their enterprising attitude.

The first step is to develop a park at the empty spots in the district, which arose due to the industrial sector moving away. A new type of public space, a public industrial park, will be developed at this location. A network of roads will gradually be developed from the park, which will guide people, water and residues to the park. People will be able to develop smaller public spaces, such as local parks, on this network themselves. This principle can develop into a network that extends throughout the entire city, so that large-scale structures will also be connected with each other.

New small-scale and manual factories will be introduced in the public industrial parks, in which residues from the district will be transformed into new products, such as paving material. The work will be done by the currently unemployed local residents. The water used will be collected and buffered from the nearby district. As a result, a local symbiosis will arise. What is unique about these parks is that in addition to production, they will also produce recreation areas and buffer zones. They will become green oases in the centre of the city, where people can retreat from the busy city.

The smallest typology, the local parks and local gardens, will be developed by the residents themselves. This will be in exchange for legalisation of the homes. Nothing is so desirable in the informal city as legitimacy of your home. This provides the residents with security and a future. This legalisation is means of creating space and mobilising people, the aim being to develop this space into public outdoor spaces. These spaces will be designed according to local needs, for example playgrounds, allotments or squares with a small café. Guidelines have been drawn up for this, so that the parks can also play a role within a greater whole of water and green networks. For the materialisation, use will be made of the production from the local public industrial parks.

The strategy for the development of these spaces will initially be tested at the level of one district. The appearance of the district is small enough to understand and large enough to test the structures. Following a successful test, the strategy can be rolled out in order to turn the entire informal city into the most desirable districts of the city.