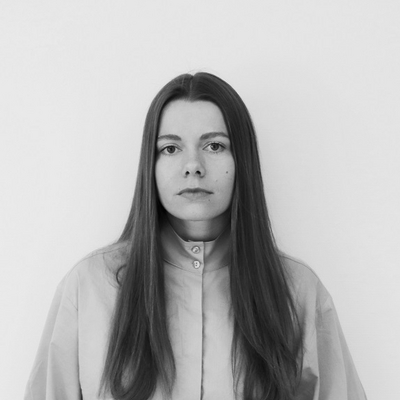 The research undertaken in this thesis examines the new opportunities emerging within the interlocking realms of politics and architecture. The project envisions an alternative future for areas with unresolved disputes by approaching the conflict as a situation, which could be transformed into something positive when given the right conditions.

The growth of the European Union and ambitions of the Russian Federation have placed the Crimean Peninsula into a central role of the greatest European geopolitical crisis since the Cold War. The thesis is a designation of the author position, who being of Ukrainian/Russian origin, witnessed the political and social upheavals that followed as an aftermath of the annexation of Crimea by the Russian Federation.
In the past, Crimea was always a conflict ground, but also an important link in trade routes and an attraction to the world political and cultural leaders.

Could Crimea, instead of being a zone of avoidance it is now, become a driving force for the conflicting systems? What can be added to foster the fruitfulness of the conflict?

The project proposes two interventions: the transformation of the Sevastopol naval base (the main cause of the current conflict) into a trade port, positioning Crimea as the gateway to Ukraine and Russia, and an architectural representation of the Crimea’s new identity, which would help other territories with disputes.
Historically both trade and conflict have played a large role in creating a cultural exchange and fostering collective knowledge. An archetype, which simultaneously represents dispute, trade and culture, is the Greek Agora. As a combination of Crimean characteristics, a contemporary agora is introduced - a counterpart to the UN Headquarters - Un-United Nations Headquarters.

How can architecture provide ground to the decision making?
Nowadays the heart of political institutions - the chamber, has become a decoration for the rehearsed dialogs, while all the meaningful decisions take place in the informal spaces. The project aims to evolve this political institution’s typology, proposing a ‘corridor only’ model. The corridor is the practical space for negotiation, creating interactions in a different domain, but also a symbol of the journey rather than the end result. Realizing the impossibility in ‘the political’ of stable (final) unity and the inevitability of potential conflicts, instead of the utopian idea of stability, this project proposes to use a perpetual instability, a constantly renegotiated temporariness. Un-UN is a neutral arena for disagreement, providing ground for the discussion on the morality of the opposed political systems.

Un-United Nations Headquarters locates in the adjacent to Sevastopol bay an archeological site, which is founded on the ancient Greek city grid. The site quarters are filled with solidified in architecture and superimposed political regimes of diverse historical periods and nations. The grid itself has remained intact during the whole city’s existence. In order to eliminate captured underground the political systems agglomeration, the streets structure is excavated till its original level. Un-UN is positioned within the disclosed grid, where nothing was built before. Becoming a projection of the excavated street, the building portrays a contemporary democratic system with a vertical order, superimposed with the historical horizontal one. Being a distinctive structure, it complements the collection of the existing diverse artifacts.

Un-United Nations Headquarters performs as a dividing wall but operates as a gate through its elevated position over the landscape. This gate builds relationships with both Eastern and the Western world.