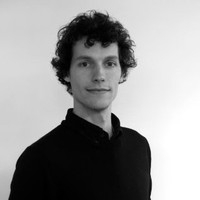 According to myth, Rome was created more than 2,500 years ago on two hills. Romulus climbed the Palantine Hill and Remus took up position on a nearby hill, the Aventine Hill. From here, the city grew over seven hills into an unprecedented metropolis.

Two millennia later, its inhabitants have barely lost their mythical faith in the endless growth of Rome. However, this growth is completely restricted to plans for new districts outside the existing city.  In this way, the agrarian landscape of Rome is slowly transforming into a suburban area with large housing complexes in disastrously low densities.  Moreover, the flats and shopping centres are only accessible by car. Low density is the enemy of public space. This is putting even greater pressure on the existing city. The streets and parks are already barely being maintained, if at all, and the influx of cars ensure that there are traffic jams on a daily basis. The development of the city has literally come to a standstill.

Almost all cities in the world are growing, but that does not mean at all that the quality of life is also always improving. The quality of life in Rome is largely deteriorating. At the same time, it is also a city with a 2,500-year history of innovation and change. These changes make Rome so social. Religious leaders, emperors and even dictators have bent the city, layer upon layer, to their will. For example, emperor Nero was finally able to build his desired avenues after the Great Fire of Rome in 64 AD and the many popes created a green villa landscape along the consular roads, the aqueducts, the Aurelian Wall and the Tiber. In addition to improvement and innovation, each intervention was about the grandeur and recreating the Roman glory.

Rome itself is faced with the major challenge of inventing and realizing a new future, not only through expanding, but also by intensifying the programme in the existing city. This urban design demonstrates that using the lessons from the past and the proposal for smart interventions in the existing city will improve the living environment of the city centre in Rome, and new layers and stories will be added to the eternal city.