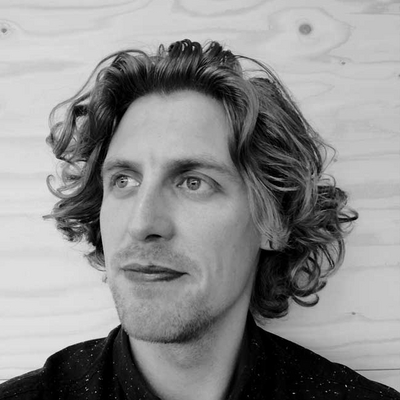 My grandmothers and grandfathers were in various care homes in Amsterdam. They ultimately had or developed a form of dementia. The buildings in which they spent their final years, and are still in, often felt like isolated islands in the city in which an above-average number of people are living who are no longer in such a good mental and physical state. In addition to the care staff and some visitors occasionally, there were always few other people there. This may sound self-centered, but as a result of this I found it difficult to visit. This is made even more difficult if there is not so much to communicate about with your grandmother or grandfather due to their mental decline and if there not something else to do or look at together in the buildings which is enjoyable for the both of you.

When I started my graduation project I thought, wouldn’t it be great if a place such as where my grandfathers and grandmothers live could be a little more approachable, so that there is more to see and to do for both the resident, and the visitor, something which becomes even more important as the resident deteriorates mentally and physically. If there are also other people living in the building and there are functions that can be used, a building becomes better integrated into the city and the neighbourhood.

The building therefore had to be open and approachable for the neighbourhood, the people who live there and visitors. At the same time, the building must also be able to provide protection for the residents who are developing dementia and seeking shelter from too many stimuli from the city. Not too open, but also not too closed. Actually, like a kind of filter. A filter is not totally open, but also not totally closed. It keeps certain things out and lets other things through.

Memory Lane also works in that way. In the building, residents who are suffering from dementia to a greater or lesser extent or are forgetful can explore the building in a natural way without immediately ending up outside on the street. Depending on their physical and mental condition, they can decide themselves whether they want to be exposed to the city or if want to retreat instead. Conversely, the residents and people from the neighbourhood can also choose whether they actually want to participate, help or even briefly have nothing to do with their forgetful neighbourhood residents.

Memory Lane is an attempt to connect people suffering from dementia with the city in a natural way by means of architecture. Due to the approachable character of the building and its integration with the city, it invites participation in a non-committal way, as a result of which instead of being a closed institution, it actually forms a welcome addition to the neighbourhood and, in this way, makes a growing group of ‘invisible’ city residents visible once again.