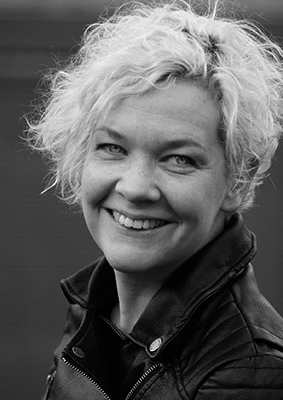 The Haarlem panopticon has been an introvert and closed bulwark for more than 100 years. It consists of an ensemble of buildings designed on the basis of an ideology that has slowly developed with the rise of capitalism since the 17th century. Because the inmate in his cell was continuously under the observation of the guard, he would supposedly behave better and return to society as a ‘reformed’ human. Unobtrusive techniques that made one malleable, controllable and knowable were shaped in this building. The panopticon is in fact the pinnacle of this form of power. This unique piece of heritage, of which only three still exist, is in the process of being repurposed.

This was the departure point of a search for a new designated use and interventions. The central question was how this unique ensemble of buildings of historical value can continue to exist and receive a newmeaning, whereby its essence would remain visible. And how the new interpretation will enter into a dialogue with the past. The design examines the possibilities of minimal interventions that make the site suitable for use today. By means of inversions, the essence of the building and site is revealed and at the same time a new layer is generated with which the identity remains visible and tangible.

The site, which has gradually become silted up and cramped since 1901, will be given breathing space once again through the demolition of a number of buildings. The demolition material will be reused in order to build a sloping park. In this way, Haarlem East will receive the new green public space it so desperately needs and it will become part of the city. Moreover, the park is ideal for concerts with its intimate amphitheatre. Narrow passageways in the old wall around the site will connect the park to the city. These minimal ‘incisions’ in the wall emphasise the original character of the site. Within the walls, the former strict hierarchy will change, however, so one can roam and discover unconstrained.

The former prison site will be transformed into an inviting place for musicians, music lovers and all citizens of Haarlem, with a programme that caters to the ambitions of Haarlem and which reinforce its identity as a city for pop music. There will be, among other things, venues practice rooms, recording studios, workshops for instrument builders, music start-ups, a vinyl shop, and also space for catering establishments. The plan will enrich the strong pop music climate of the Spaarnestad by providing a sanctuary for musicians. There will be space for discovery, development, exchange and performance. Collectivity and synergy will be the key focus. Imprisonment will make way for freedom.

A unique air item with an acoustic object with an acoustic shell will be placed in the dome. As a result of this, two concert halls will be created, each with their own atmosphere. The air item will be inflatable. In that way, the enormous space can be flexibly laid out for countless types of concerts and performances. This makes temporary use possible so that the soul of the dome is preserved.

Through minimal interventions and a balanced use, the plan will be realisable. The research into programme and use is based on discussions with and information from Haarlem citizens and various musical institutions.

The uniqueness of this domed complex is worth preserving. Past and present will be connected through minimal interventions in a sustainable way. With a programme that ties in with the city and at the same time contributes to the preservation and reinforcement of collective consciousness.