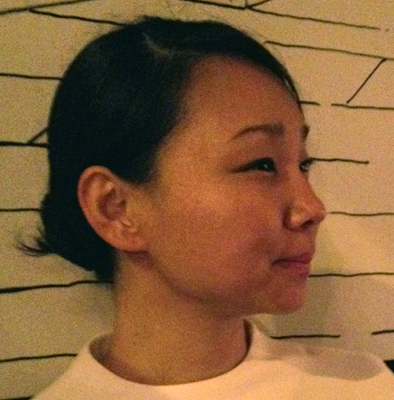 Re.CLAIM. In search of space to reconnect with the Nihonbashi River in Tokyo

Changing people’s perception influences very complex urban issues. I believe that this can be applied to the complex urban landscape challenges. Instead of altering everything to solve a problem, by planting a positive image, and giving a tool to connect with neglected spaces, it can stimulate people to find a way to reclaim urban environment without loosing the sole of the place.

Nihonbashi River, one of the most historically significant bridges from Edo period (1603-1868) is covered by the concrete structure of metropolitan highway. This is the result of the attitude towards the urban river during the postwar economical boom (1950s-1970s). 90 percent of the river is covered by the highway and the properties adjacent to the river are disconnected from the river. Many of the buildings are facing their back, and even few open spaces along the river have no relationship to the water. The negative perception toward the space created by the flood walls and the highway turn the river into the back of the city.

There have been discussions about replacing the highway with an underground tunnel. According to the highway corporations, it is not their priority to replace or remove it for the river to gain sunlight in the near future. The truth is that the modernized city is heavily dependent on it and it is not ready to be removed. By focusing the discussion on the highway, people’s strong desire to reclaim the river has been put on hold.

Re.CLAIM is a design proposal that aims to slowly change the perception toward the Nihonbashi River to reconnect the city life and urban rivers. The design proposal considers the historical values of the place as the force while dealing with the issues in the contemporary city of Tokyo. The under-utilised spaces along Nihonbashi River as opportunities, and designing the flood wall as the connecting element to improve the access to the river. As a result, the river is more visible for from people who come to the surrounding neighbourhoods. Showing the spatial quality of the neglected river will lead to the improvement of the perception and for a better future of the urban life with the Nihonbashi River.