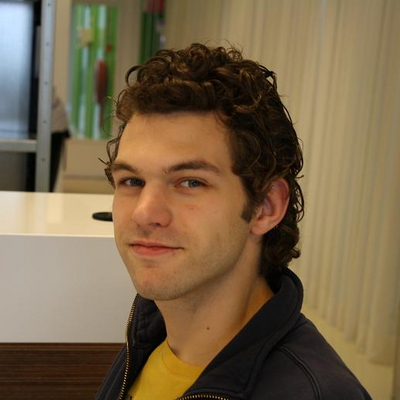 Elderly people
Being able to grow old in your own district. Staying in contact with your neighbours and your neighbourhood. That would appear to be a matter of course, but that is often not the case. This theme plays a major role in my graduation project. The project takes place in Centro Habana, a district in Havana, Cuba.

The district is very inspiring to me, because the inhabitants are continuously searching for space on different scale levels; space to make places. However, the district still lacks a number of places, such as a good place for elderly people to live, where they can also determine their position within the district themselves.

Centro Habana
Centro Habana is an urban district in Havana and has an extremely high population density, approximately 49,000 inhabitants per km2, and a low housing density. As a result of the lack of space, people live close together and a kind of pressure cooker effect has arisen. This has led to creative solutions by the residents themselves in the search for space. Space to make places. The intense lack of space and the social cohesion that this entails are very inspiring.

As a result of the high population density in the existing housing and the lack of maintenance, buildings regularly collapse. This leads to empty spaces in the district. These spaces have also been taken over by residents over the course of time and are often used as a supplement to the public space.

Music
The pressure cooker effect does not take place, however, on a cultural level. Cuban music culture has reached its peak, especially in Centro Habana. Many variations and new styles have been born, precisely because everyone lives so close together and everything belongs together. Music brings people together.

Space for a place
Architecture can bring people together, can help bring about a meeting and can give space to people in order to make places for themselves. I made use of the opportunities that exist in the district in my graduation project. The (public) space and qualities that the empty plots offer, and the culture and skills of the people themselves in order for them to be able to give shape to their space. In addition, the relationship between the private domain and the public space is defined in such a way that there is a clear transition and the inhabitants always have a choice in terms of how far they want to enter into the public space.

In order to maintain the public space on the plot, the building is raised. Shadow is thus created, which is so important in Cuba in order to create space for activities. The building has been designed in such a way that the initial situation of the buildings gives the resident the freedom to use the space according to his or her own needs. The private outdoor space is the key to this. This gives the building an excess area, as a result of which a choice can be made to partly or completely close this off, whereby another building is constantly created. The facades will constantly change due to this, the building will come to life and will increasingly belong to the
context.