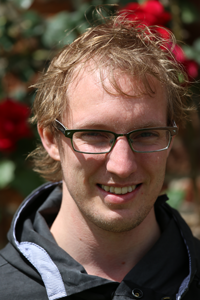 The Thermae of Ockenburgh: A new life for the Ockenburgh country house in The Hague

Country houses and estates are the flowers of the landscape. And the birthplace of landscape architecture. They are places where people think about the landscape and architecture with great care and an almost philosophical reflection. A rich palette of spatial design tools have been developed by big designers like Marot, Zocher etc. Ockenburgh country house in The Hague illustrates, however, what has happened to many of these country houses in the Netherlands: when the last private owner disappeared, the park and the house fell into disrepair.

The ideal of Jacob Westerbaen
OckenburgH was established in 1652, at the spur of a series of beach ridges on which the city of The Hague is also built, by poet and physician (but especially epicurean) Jacob Westerbaen. The proximity of nature and the peaceful effect that has on humans was an important quality. Following the example of favourite thinkers then, such as Vrigilius, Westerbaen thought that poetry and the cultivation of the land had a stimulating effect on the health of body and mind. In the meantime, The Hague has grown up to the doorstep of the country house. Between the city and the park, there is the ring road of The Hague, the International Ring Road. The dunes still lie on the south-west side. These facts make a wellness centre ideally suited as new function. Not in the classical way, a building in a beautiful landscape, but in the way that suits a country estate: an interweaving of culture and nature.

The Roman bathing ritual for the future
The components of the Roman bathing ritual form the point of departure. This ritual entails a fixed sequence of different baths, which are alternated with physical exercise. People have already bathed in this way for many centuries. In Ockenburgh, I incorporate every separate component of the bathing ritual spread out across the country house. Each component in a personal ‘park atmosphere’. This atmosphere is essential to the design of the bath. The six separate baths are like follies, as it were, in the park. They are connected by a route which spa visitors walk on in one direction. Accordingly, they follow their wellness programme.

Two country houses is better than one
Because Ockenburgh is loved by many people from the surrounding area, the park will maintain its public function. As a consequence, a field of tension is created between the guests of the wellness centre and visitors to the park. In the design I have, with spatial design tools that have been developed in the long history of country estate design, developed a solution for every place separately in order to remove this field of tension and sometimes to accentuate it. I have designed a personal entrance for the wellness guests and the park visitors. The old entrance across the avenue for visitors, as a result of which the country house is given a central spot as catering establishment, and a new entrance for wellness guests, which borders on the International Ring Road. They are received in the existing building on the north side. The wellness route starts from this building.

A second country house with its very own organisation is thus added, as it were, to the existing public country house. These two worlds are carefully interwoven in the design. Moreover, the new baths, the differences in height in the park and the separation of the routes play an important role, so that Ockenburgh ultimately becomes, for both the wellness guests and the park visitors, a beautiful place once again, which otherwise would have been lost.