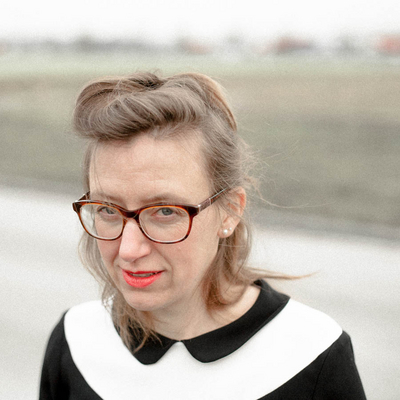 To show my potential significance as an architect, I have given myself a fictitious assignment. I want to make something I do not yet understand tangible, using my own area of expertise. I also want to address the current situation, to make visible what we, the Dutch society, do.

At the Academy, I have researched the accommodations of refugees and aliens; research into how the Netherlands physically receives the people who seek asylum here. During my research I discovered that people disappear from the system.

Some aliens vanished into anonymity at the moment of their scheduled deportation, but did not leave. Others cannot be deported because they do not cooperate, or because their country of origin will not recognise them, or because it is too dangerous there to be sent back. Ilegals may not be here legally speaking, but factually they are definitely present.

The Dutch state intended to present a sound reception/deportation policy starting January 2010, which in turn caused the municipalities to close their shelters. However, there is a hole in this policy. And in that hole there are people.

Those without nationality do not have rights. For them, human rights are a utopia; an unfeasible dream. Refugee aid organisations can relieve the poverty of these displaced people, but they cannot improve their actual situation, the fact that they cannot be part of a visible community. The alien does not want accidental charity, they want their basic human rights: a house, work, a family and citizenship. It is impossible to pursue these rights when you are a person without nationality.

The assignment is to create a manifesto for this grey area in which one can be somewhere while not being allowed to be there. A telling sign, visible, for people who act as invisible as possible. A (temporary) accommodation, a refuge, to give these people a collective place to bridge the interim period. A hiding place where one can recover from the hunted existence and where there is space to hope and dream. A place to be visible, to present oneself, where one can work to provide oneself with the basic necessities; to be self-sufficient instead of being dependent on support - work is not only financially, but also psychologically, a basic necessity. In the middle of life, these people are made passive, when they have enough to offer.

This is a place where they can develop themselves. A place where they can offer their abilities to the city, to ‘us’, to earn their own livelihood. In the scenario of my fictitious assignment this, in line with old Dutch customs, will be tolerated. The challenge is to unite the conflicting interests and its spatial materialisation in one building, in a new typology.

For this purpose, I have created a programme of requirements with specific workspaces. The workplace functions as a buffer between pubic and private. A part of the workplace is accessible to the public; for example for sales, and a part is inaccessible, for focused work, but still visible. The physical limits of the workspaces influence possible relationships and the type of work and vary in degrees of visibility. By placing these limits, or spatially speaking, these shells over each other, the limits pile up. The more shells, the less accessible; the more private. Or conversely: the external skin becomes increasingly thinner. In the spaces between, the workplaces arise.

Much like this project is about ‘the alien other’, I also search for what is unfamiliar to me in designing; I want to surprise myself, to make something I do not yet know.