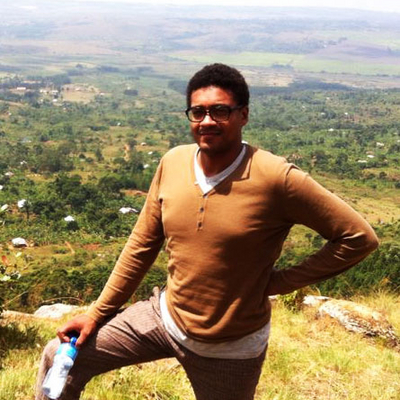 Introduction
I live in a village without a cemetery. Swifterbant is located within the Dutch municipality of Dronten in Oostelijk Flevoland. Although a cemetery was deemed necessary within the borders of the village when Swifterbant was established, this was never realised. We are a community without a place for the dead; a place to commemorate and a place that reflects the history of a community.

Swifterbant is a village in which you can live, but cannot be dead. The contrast with my country of birth, Tanzania, could not be greater. As a child, I grew up next to a cemetery; a cemetery that formed part of daily routes between destinations. A place where death and life were interwoven with each other. A place where the society lives on, even after death.

Death and public space
The underlying idea of the graduation project is that having their own cemetery will strengthen the community spirit of the inhabitants of Swifterbant.

In death, the individual passes into the collective, the personal into the collective memory. This was strongly felt in the time that the dead were still buried within the city walls. The displacement of the dead to the periphery reinforces the taboo which shrouds death. Nature cemeteries and the scattering of ashes in nature are inclinations whereby the dead completely disappear from the social space. In direct contrast to this is the inclination to once again allow the cemetery to form part of the public space and to let burials be part of daily life again. A community without a place for the dead is deprived of a public space which completes the final phase of the lifespan of a society.

Definition of the problem
As a preliminary investigation, a number of cemeteries were analysed in terms of the commemoration of the deceased in relation to the public space. Design themes were distilled from the analysis in order to further specify the design assignment. The chosen location is a public park in the centre of the village. How can a cemetery be integrated in a public space? What does that mean for the quality of space and which interactions are desirable and which are undesirable? In addition to the cemetery, other programme components are also necessary. Such as an auditorium, a reception room and a public space. To what extent are these functions present in the village and what is the spatial and social relationship with the cemetery?

Assignment
The location, De Greente park, was a crucial inspiration for the original plan for Swifterbant and is still the heart of the village. The departure point for the design was to preserve the existing green structure as much as possible and to situate the buildings as objects therein similar to a sculpture garden. In order to prevent fragmentation of the greenery, the pavilions must be as compact as possible. The
pavilions are architectural family of each other in terms of shape, material and construction, analogous in terms of tectonics, but different in terms of atmosphere. The design generates quiet places of
reflection in the park, as a result of which an interaction arises between death and daily life.