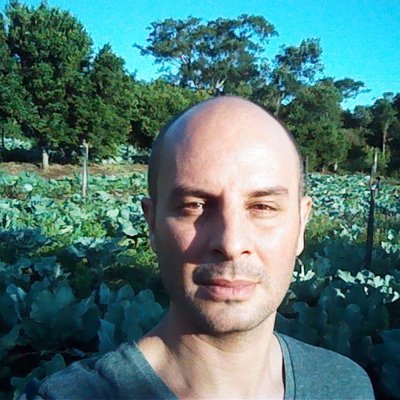 Cities have the capability of providing something for everybody, only because, and only when, they are created by everybody. - Jane Jacobs

'The Urban LACE (or Renda de mata in Portuguese) project explores the potential of agroforestry to create a new type of infrastructure in rapidly developing urban areas in Porto Alegre, the capital of the state of Rio Grande do Sul at the southern tip of Brazil. The LACE acronym stands for Local Agroforestry Collective Engagement. This strategy proposes adding a network of different scales and typologies of urban agriculture to the city as a way to create economic opportunity, new social networks and educational experiences, new modes of recreation and multifunctional use of public space, and an additional urban food network.

The project proposes colonizing public parks, private land, public land, urban fringe spaces and fallow land with indigenous food bearing tree species from the Atlantic temperate rainforest ecosystem. The trees are planted as orchards for intensive production, or in multi-species associations mimicking a natural forest. There are hundreds of fruit bearing and medicinal species in this region which are all part of the living cultural heritage of Brazil. The process of building a network of productive urban agroforestry begins with a look into traditional and nascent practices in the area, from farmer's markets and the agroecology movement to guerrilla gardening and a growing interest in urban agriculture. Based on the actions, interests, and needs of stakeholders in the city, the project augments these actions into a large scale urban network.

The design visualization process of Urban LACE asks if a new landscape infrastructure can be added to the city; in order to do so, many assemblages and alliances of stakeholders could potentially take place in the spectrum between bottom up and top down processes. Different scenarios are illustrated along this continuum, from individual actions multiplied into closely knit neighbourhood alliances to city wide transformation of public spaces initiated by the mayor's office, changing the identity of the city.

The goal of the project is to manifest a clear and feasible, albeit utopian vision of future landscape infrastructure in a Brazilian city as a point of departure for future discussion and action. The Urban LACE project has the potential to catalyze parallel processes of urban evolution, with the landscape architect acting as a mediator. Based on dialogue, design, and the democratic ideal of inclusion, Urban LACE works toward this vision for change as one piece of a complex process.'

Acknowledgements
This project was made possible by the generous contributions of the NHBOS Foundation for landscape architecture and the Amsterdam Academy of Architecture Internationalization fund.