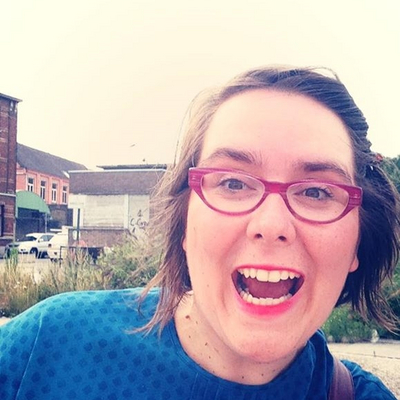 Flanders is gradually becoming densely developed. Panic! Or maybe not, since we knew this already and we are also doing something about it. At least, we believe that is the case, but are we actually doing that? The densification assignment in Flanders is known. We know that a demographic growth of 13% is approaching in the coming years. Even if we do agree that we need to tackle the current densification differently. That is why the Team Vlaams Bouwmeester (Flemish Master Builder Team) is conducting studies. Through studies on a planning scale and more location-specific designs, the way in which this densification question can be tackled in a qualitative way is being examined. This works in the Flemish cities, but the knowledge is not filtering through to the municipal scale because the studies and specific projects are often too abstract. As a consequence, there is a tendency here to revert to familiar standard solutions, namely the building of apartments and parcelling.

We Flemings have been building houses that are ‘too’ big and lots that are ‘too’ big, preferably in the open landscape, for centuries already. In the meantime, the Flemish urban area is expanding and the typical fragmented green spaces are disappearing one by one as a result of the local densification. The rural identity is disappearing, new districts are being built with a focus on the traditional family as target group, but due to a change in family composition an imbalance has arisen in recent years between housing demand and housing supply. Today, there is not enough emphasis on the current spatial, programmatic and procedural assignments on a municipal level.

‘From burden to desire’ shows the local players that densification does not only have to be a burden. With a different approach, the current densification assignment can strengthen the existing spatial qualities and tackle the problem areas in the urban structure. As a result of the reformulation of densification locations and the method of distribution across these locations, ways can be sought how to use existing spatial qualities in order to generate new housing qualities. As a result, more space is created for quality of living, public value and housing diversity.

The case location is Mol-Ezaart. Currently, the densification pressure is notably tangible in this typical Flemish hamlet. In spite of this, people also opt for standard parcelling here. The case study shows that there is another possibility. I studied how a redistribution of the stated housing numbers could be integrated into additional densification locations without loss of the number of houses and with an improvement in the quality of living. The location-specific designs at the three chosen densification locations show how innovation can occur in a spatial and programmatic manner and which procedural changes are necessary for this.

The reach of this study is wider than just Mol-Ezaart. The chosen densification locations ‘the field, the outskirts and the core’ also occur frequently in other Flemish municipalities. By distilling general principles from the design process, the knowledge can also be applied in other municipalities and housing developments. The proposed designs aim to show in a simple way that a big difference can often be made through carefully chosen changes. In short, that densification can also be a desire for Flemish municipalities!