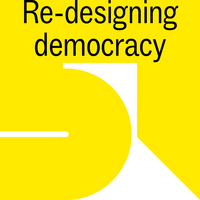 (or: how to balance the need for speed with a careful consideration of different perspectives when dealing with the crises our cities are facing?)

On the day of the Climate March, and just five months before the municipal elections, we gather at the Academy of Architecture in Amsterdam to discuss the state of our democratic process and the role of design in making our cities more sustainable and just.

Amsterdam, like many other cities, is facing unprecedented challenges that require a swift and coordinated action that transcends disciplines and fixed positions. One thing we know for sure: existing power structures will have to be challenged and changed. But how can we ensure that future decisions and designs, which will have a profound and lasting impact on our environment, are made in an inclusive and transparent way? Should governments impose drastic measures or do we have to accept and support a more inclusive and incremental culture of change?

The widening field of tension between the necessary speed of our response and the patience we need to empower more people, will set the stage for an informal gathering at the Academy of Architecture in Amsterdam on Saturday 6 November. This public event is part of the academy’s Graduation Show 2021 and will start right after the Climate March which is organised on the same day in Amsterdam in response to the UN Climate Change Conference in Glasgow.

Special guest is Andrea Reimer, a former city council member and deputy mayor of Vancouver. During her political career, Andrea spearheaded a number of initiatives, including Vancouver’s effort to become the Greenest City on earth. She currently teaches about power literacy at the University of British Columbia and is visiting various cities in Europe to work with students to help them to discover, express and strengthen their own power and ability to mobilise others.

We will be joined by architects, urban planners, activists, students and others who care about their environment and want to share and compare ideas for a more sustainable and democratic urban (re)development. We will start in Amsterdam, with a series of short opening statements about the state of politics, policy and participation in a city that is confronted with a range of intersecting problems that challenge the commonly held belief in the power of the ‘polder model’ or the Dutch version of consensus decision-making. Next we will be hearing from people who have been in actively involved in cities that share the same challenges as Amsterdam, but deal with them differently. What can we learn from Rotterdam, Utrecht, Vancouver or Zurich in terms of democracy, urban development and the role of design?

The evening will follow the example of a fishbowl conversation, a form of dialog that can be used when discussing topics within large groups. Fishbowl conversations are sometimes also used in participatory events such as unconferences. The advantage of fishbowl is that it allows the entire group to participate in a conversation. Several people can join the discussion.

Some more  questions for the discussion:

(R)evolution Planet
The Academy of Architecture in Amsterdam aims to be a research institute that generates solutions and perspectives for the future of the Netherlands. It is up to the next generation of (landscape) architects and urban planners to create spatial conditions for a sustainable future. (R)evolution Planet will be the overarching theme within all education at the academy; for and by students, but also with teachers, guest speakers, the academy organization and many other stakeholders.

About NEWROPE
The NEWROPE Chair of Architecture and Urban Transformation at ETH Zürich applies and investigates the idea of Design in Dialogue, or the belief that the complexities of our time can only be tackled collectively, by developing transdisciplinary ideas and projects, linking spatial and strategic knowledge to other disciplines and urban practitioners, with a radical openness to learn from others.

About the RAvB
The Rotterdam Academy of Architecture and Urban Design (RAvB) trains its students to become architects and urban designers who are both professionally competent and socially aware. Therefore students and tutors are invited to use the free space of the academy to investigate how to relate to the climate crisis as a professional designer and as a member of society.